Calling You From My Mountain 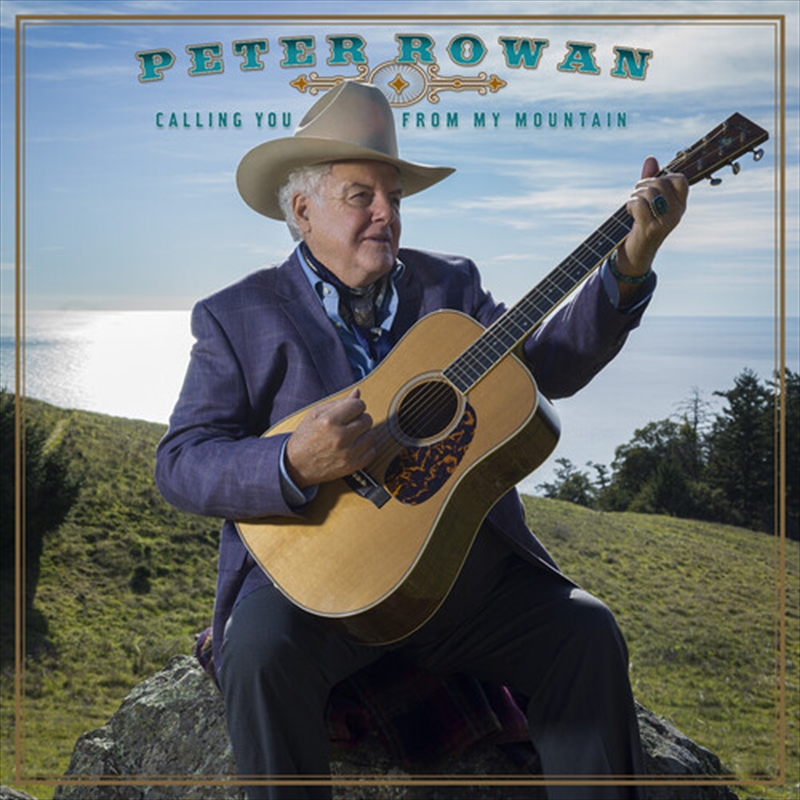 A relentlessly curious, brilliant songwriter, Peter Rowan has had the kind of career that would give him ample opportunity to kick back and rest on his laurels now, but his new album, Calling You From My Mountain, shows that his voice is as vital as ever, fueled by the history of our great traditions and excited for their future. Guest spots on the album from friends like Billy Strings, Molly Tuttle, Shawn Camp, Lindsay Lou, and Mark Howard, not to mention Rowan's multi-generational band, show that Rowan's inspiration transcends age. Though the genesis for Calling You From My Mountain came from Hank Williams' Luke the Drifter personality and Rowan's idea of writing new songs for this character, he quickly spun in other connections, like his longtime interest in Tibetan music and his Buddhist beliefs and practices, or his love of other American roots legends like Ramblin' Jack Elliott, Lightnin' Hopkins, Guy Clark, Bill Monroe, and Tex Logan (all of whom Rowan's played and performed with). Throughout, the music sounds like Rowan himself, a modern-day California dharma bum, a man as nourished by a metaphysical interest in the mysteries of the physical universe as he is by the intricacies of handcrafted music making.

Title: Calling You From My Mountain

5 The Song That Made Hank Williams Dance

7 From My Mountain (Calling You)

8 Frog on the Lilly Pad

9 The Red, the White and the Blue

10 Light at the End of the World