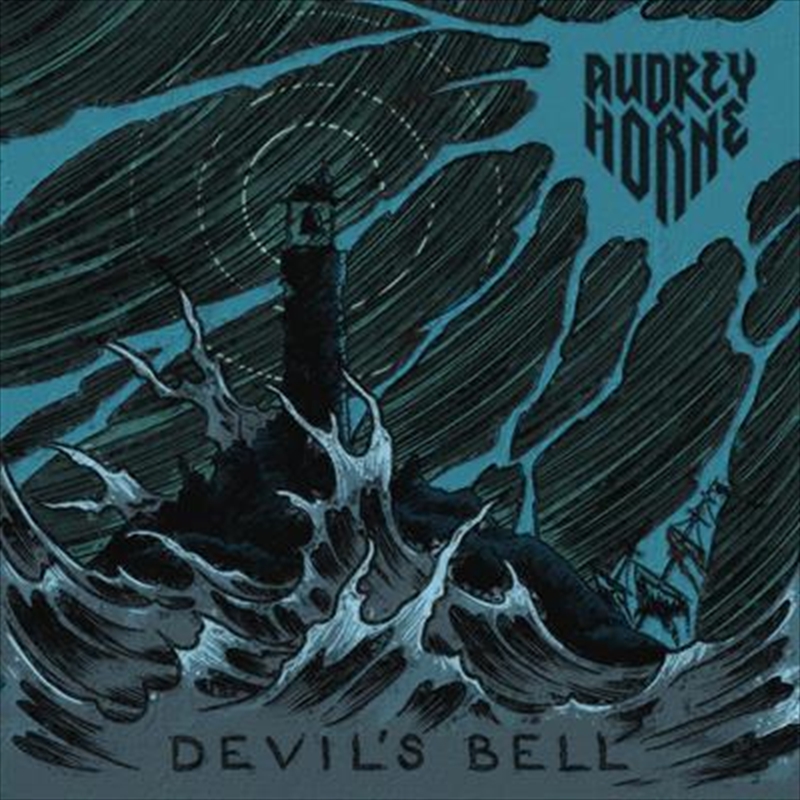 Fuel to the fire – that's what relentless hard rock outfit Audrey Horne ignites! What started back in 2002 soon took the Norwegians and their expertly-executed, riff-soaked fury all the way to the top of the rock scene. USA metal outlet Angry Metal Guy even dubbed the band as 'the first extreme metal collective to rediscover and mercilessly plunder the sacred crypts of 70s and 80s radio rock, leaving naught behind for subsequent tomb raiders but Frank Stallone 8-tracks and broken pieces of Toto and Billy Joel imports.' Four years after their much-praised album Blackout the Norwegians are back for more with their seventh album! Devil's Bell proves to be a massive rock'n'roll album full of infectious earworms! Devil's Bell offers 9 fist-pumping songs that will shake concert venues worldwide.

The album kicks off with charging opener "Ashes to Ashes", followed by "Animal", a stripped down rocker that will make you go crazy. Songs such as "Danse Macabre" and "Break Out" prove to be real rock anthems with big arena choruses, showcasing frontman Toschie in top shape, followed by the instrumental "Return To Grave Valley", immediately creating a laid back atmosphere. Title track "Devil's Bell" starts off with a strong guitar solo by Ice Dale that leads into a pure melodic hard rock anthem, while "All Is Lost" offers excellent head-turning drumming as the central element of the song. Toschie once again proves that he has one of the most charismatic and energetic voices in rock. The kinetic guitar-work of Ice Dale (Enslaved) and Thomas Tofthagen (ex-Sahg) underline an outstanding genre-warp of 70s and 80s rock via NWOBHM, keeping the music rocking and the listener locked in.

As with every Audrey Horne album, there are no duds or misfires as the songs flow together seamlessly, making Devil's Bell a delight to play from the first tune straight to the end. The band is tight, the music is festive, and the songs stick on the first listen – that's how a modern hard rock album should sound!