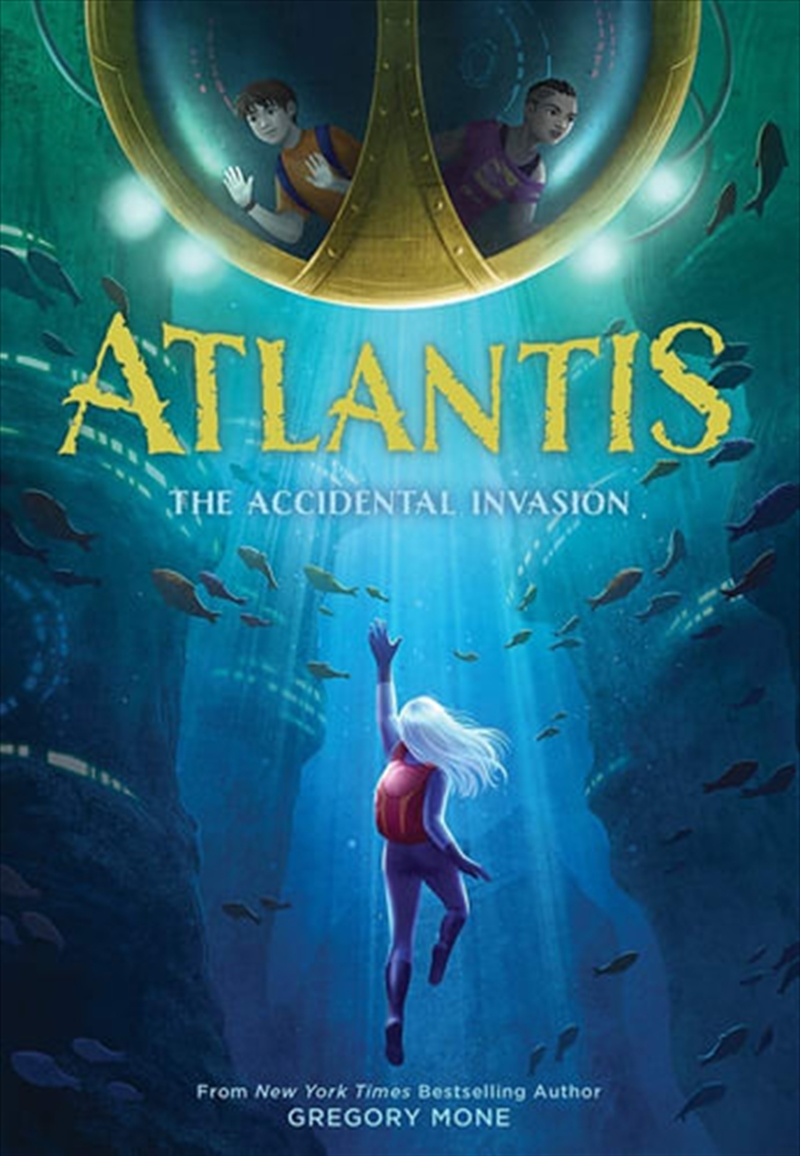 Perfect for fans of Percy Jackson and Mr. Lemoncello's Library, Atlantis: The Accidental Invasion is now in paperback!

Kaya, raised in the undersea, high-tech world of Atlantis, has always been fascinated by the legends about life above the water. Despite the government's insistence that they're only stories, she can't help but dream about the Sun People and when a group of officials known as Erasers move to bury those legends for good, Kaya sets out to the surface to uncover the truth once and for all.

In the world above, where climate change has led to giant tsunamis that threaten Earth's coasts, all Lewis wants is to spend more time with his scientist father. When he stows away on his dad's top-secret research trip, he finds himself thrown headfirst into an adventure much bigger than he bargained for.

Gregory Mone is the author of several bestselling works of fiction and nonfiction for both children and adults. He is a contributing editor at Popular Science and an award-winning science writer. A graduate of Harvard College, he lives with his family on Martha's Vineyard.