Fabian - Going To The Dogs 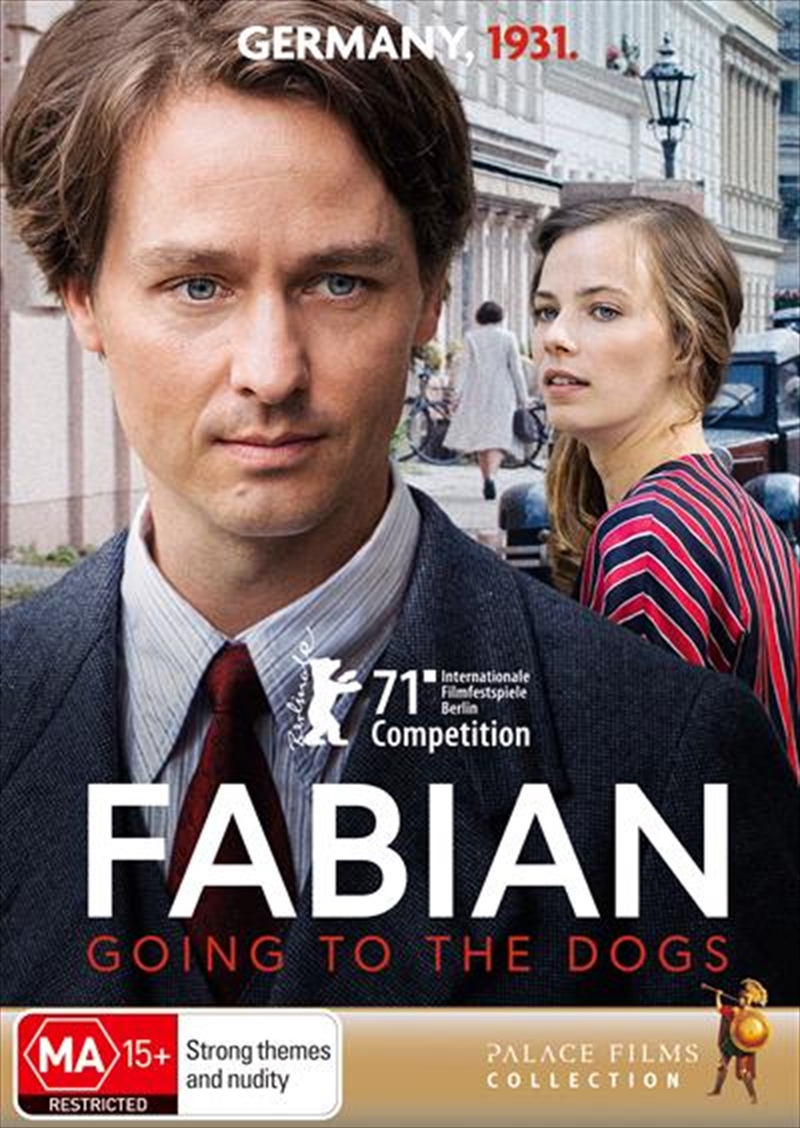 Fabian - Going To The Dogs

Shipping - See delivery options.
Postcode:
Quantity:
Based on Erick Kstners iconic novel, writer/director Dominik Graf (Beloved Sisters) re-unites Never Look Away stars Tom Schilling and Saskia Rosendahl for this exhilarating coming-of-age drama set in Berlin in the tumultuous period between the 1929 market crash and the Nazi Partys rise to power. Raffish twenty-something Jakob Fabian (Schilling) works as an advertising copywriter for a cigarette company during the day and at night, drifts through cabaret bars, brothels and artist studios with his wealthy leftist friend Labude (rising star Albrecht Schuch). When he meets Cornelia (Rosendahl), a self-confident aspiring actress, he manages to shed his pessimistic attitude for a brief moment and falls in love. But then, he too loses his job as part of the great wave of layoffs, whilst Cornelias career blossoms thanks to her boss and admirer, Makart (Aljoscha Stadelmann), a Babelsberg Studio mogul. Its an arrangement that Fabian finds difficult to come to terms with, and it's not just his world that is falling apart... Capturing a world of moral decline and disillusionment, this Bildungsroman is a wildly enthralling dive into Weimar Germany on the edge of self-destruction. Fans of the multi award-winning Babylon Berlin will be similarly entranced.

Title: Fabian - Going To The Dogs