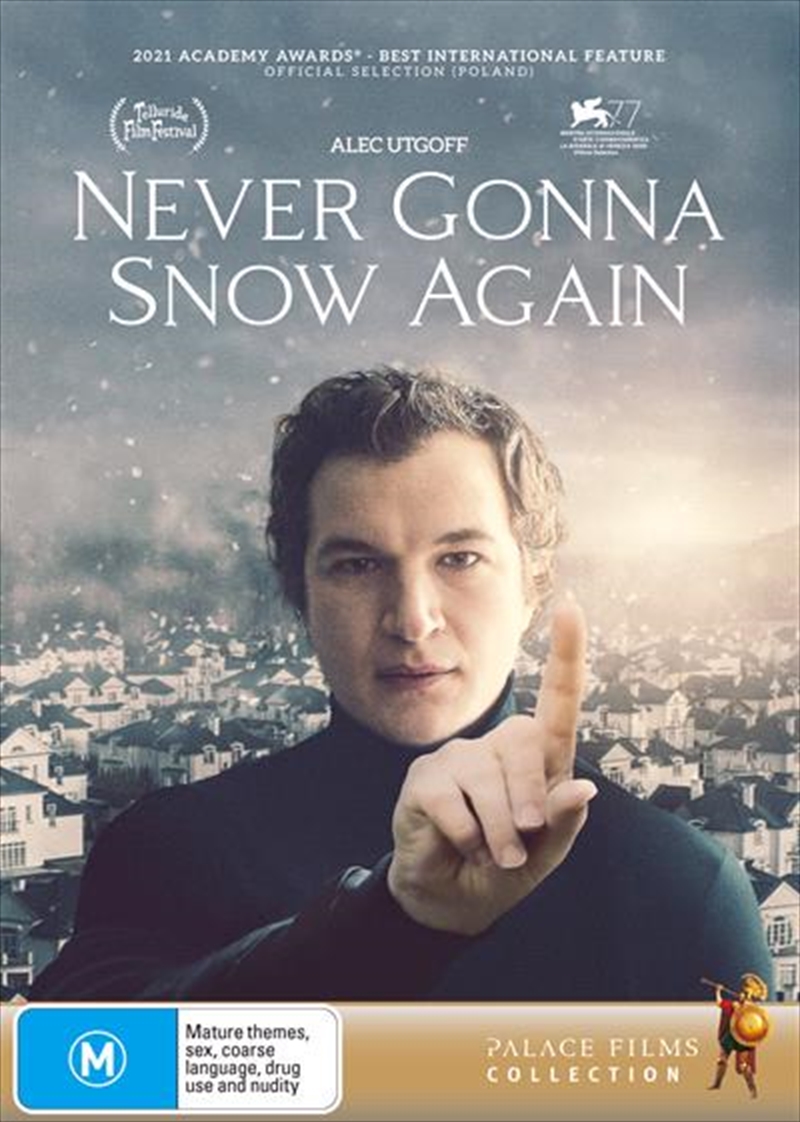 Zhenia, a Russian-speaking immigrant from the East works as a masseur in Poland and becomes a guru-like figure in a wealthy gated community of his clients. One grey, foggy morning, a mysterious young man, Zhenia (Alec Utgoff, Stranger Things), crosses the border from the Ukraine into Poland, carrying only a massage table. When faced with a staid official at Warsaws immigration office, he secures the necessary residence permit by simply taking the mans head in his huge, soft hands and massaging him into a trance. Zhenia soon establishes himself with the well-to-do residents of a suburban gated community of identical white McMansions, where his unique talents quickly become in demand. Among the clientele are Maria (Maja Ostaszewska), who finds a calm in Zhenia that her hostile children and husband dont provide; derisive widow Ewa (Agata Kulesza, Ida) who lusts after the masseur in more ways than shell dare admit; a woman obsessed by her three bulldogs who pleads for them to also be treated, and Wika (Weonika Rosati), who has invested the last hopes for her cancer-stricken husband (Lukasz Simlat, Corpus Christi) in Zhenias seemingly magical fingertips. But as he navigates through the affairs, drinking, drug-taking and games of neighbourly one-upmanship, no one thinks to ask Zhenia about his own concerns, least of all his mysterious origins Anchored by Utgoffs utterly magnetic central performance, Szumowska and Englerts study of class and modern malaise astutely blends magic realism with dark humour and stunning production design to often jaw-dropping effect. Following Pawel Pawlikowskis Cold War and Jan Komasas Corpus Christi as Polands official entry to the Academy Awards, NEVER GONNA SNOW AGAIN is a striking jewel worthy of equal attention.