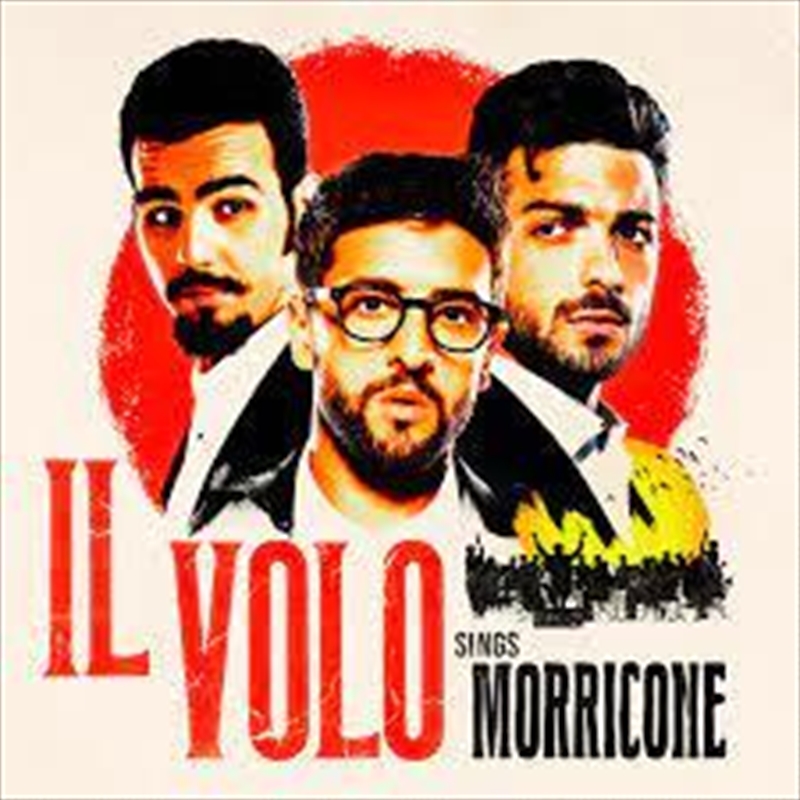 Il Volo Sings Morricone", Il Volo's new much-awaited album dedicated to the Maestro, will be released worldwide on November 5th. It is an exciting journey through the art and music of one of the greatest composers of the 20th century.

As a sign of the high esteem held for him, they decided to devote part of their amazing career to Ennio Morricone, with the endorsement from the Maestro's family for this exclusive global project.

"Il Volo Sings Morricone" is an album with 14 songs recalling the Maestro's legendary melodies, which have remained forever etched in our memory, including an absolute gem: "L'estasi dell'oro" ("The Ecstasy of Gold" from the movie "The Good, the Bad and the Ugly" – "Il buono, il brutto, il cattivo"), which, for the first time ever, will be accompanied by lyrics written by Andrea Morricone specifically for Il Volo. It also features "I colori dell'amore" ("The colours of love"), an unreleased track composed by Andrea Morricone for the trio that was unexpectedly performed live for the first time, together with other songs by Ennio Morricone, at a big concert held at the Arena di Verona on June 5, 2021.

1. Ecstasy of Gold - from The Good The Bad and The Ugly

2. Your love from Once Upon A Time In The West

8. E più ti penso - from Once Upon A Time In America / Malèna

11. Would he even know me now? - from Cinema Paradiso