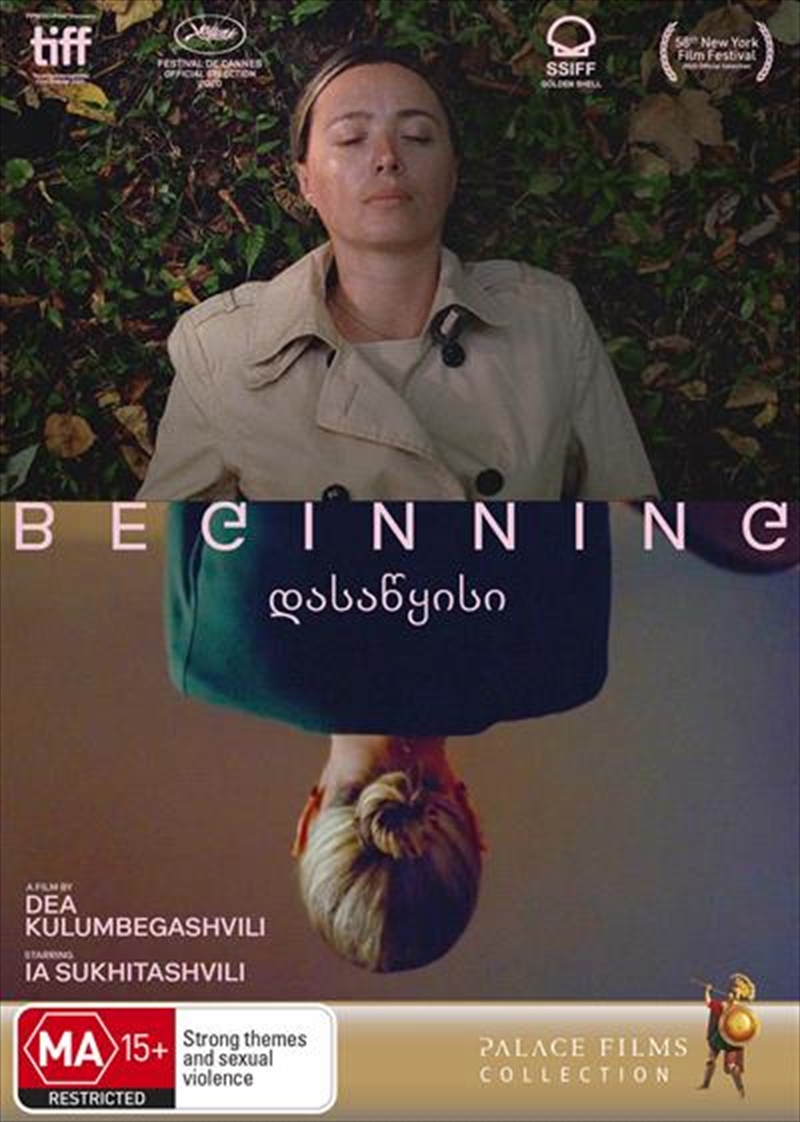 Internationally heralded as one of the major cinematic discoveries of the year, writer/director Dea Kulumbegashvilis multi award-winning debut BEGINNING is an arresting drama about a devout woman who undergoes a dramatic crisis of faith. Mother-of-one Yana (Ia Sukhitashvili) is the wife of a Jehovahs Witness leader in a remote mountainside village in Georgia. Ostracised in a predominantly Eastern Orthodox Christian country, their isolated community is under attack from an extremist group. In the midst of this conflict, and with her husband away, Yanas inner discontent grows as she struggles to make sense of the world around her. Meanwhile, the intrusion of a local detective in her home has dramatic and devastating consequences Comparisons with the work of Michael Haneke and Chantal Akerman do not sufficiently convey the mood and impact of Kulumbegashvilis remarkable achievement. Boldly examining obedience, sacrifice and religious intolerance within a near-silent world of repression and isolation, BEGINNING will shake viewers to their core.
DETAILS