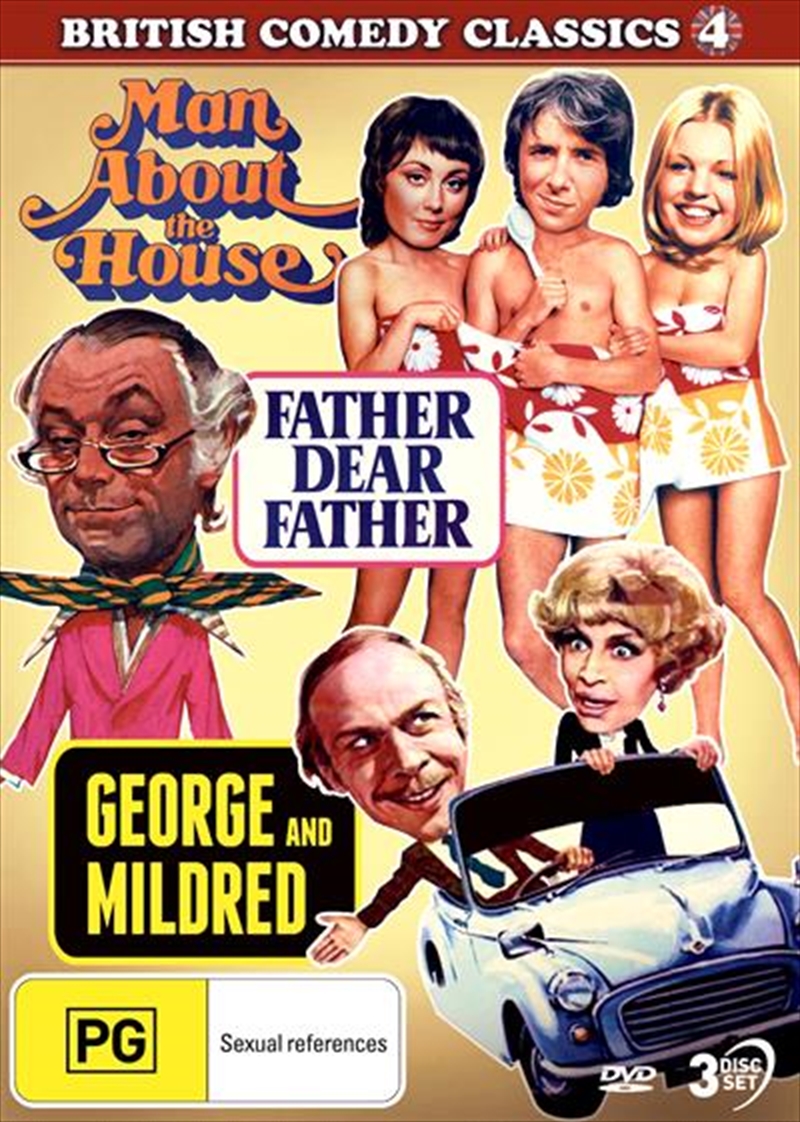 Shipping - See delivery options.
Postcode:
Quantity:
SEE MORE IN:
New Release DVD & Blu-ray New Release Movies
DESCRIPTION
MAN ABOUT THE HOUSE Catering student Robin Tripp sees nothing unusual about sharing a flat with two girls, Chrissy and Jo. Indeed it works well except when his flat mates try their hand at cooking or his natural male urges get the better of him. But their daily game of cat and mouse is threatened when their warring landlords George and Mildred Roper are targeted by a greedy and unscrupulous property developer Spiros, who sees their residence as a delectable target for demolition to make way for brand new office towers. Four of the six owners at Myddleton Terrace have succumbed to Spiros man on the ground, and it's up to Robin, Chrissy and Jo to stop Mr. Roper signing away their domestic arrangements who is more than willing to make a tidy profit despite the threats of GBH from Mildred. GEORGE & MILDRED Televisions most famous bickering couple, George & Mildred Roper, graduate to the big screen in this 1980 feature length comedy. Mildred's planned wedding anniversary celebrations go hilariously sour when George is mistaken for a hit man. This leads to comic chaos and misunderstandings as only George & Mildred can provide! FATHER, DEAR FATHER Patrick Glover is a thriller novelist renowned for being a bit of a womaniser. Despite divorcing his wife, he rarely gets the chance to put his ideas into practice thanks to his two teenage daughters providing constant cause for concern, along with their live-in Nanny, his dotty mother ex-wife, and a lazy Saint Bernard named H.G. Wells. But Patrick Glover thinks it may be time to settle down again as a way to regain some control over his wayward daughters. Throw in an all-night noisy party, a case of mistaken identity, a mis-proposal to the cleaning lady, a nutty priest the return of an ex-wife and her jealous husband, a scheming brother and a daughter's accident prone boyfriend and you have all the ingredients for high farce of the funniest variety.
DETAILS