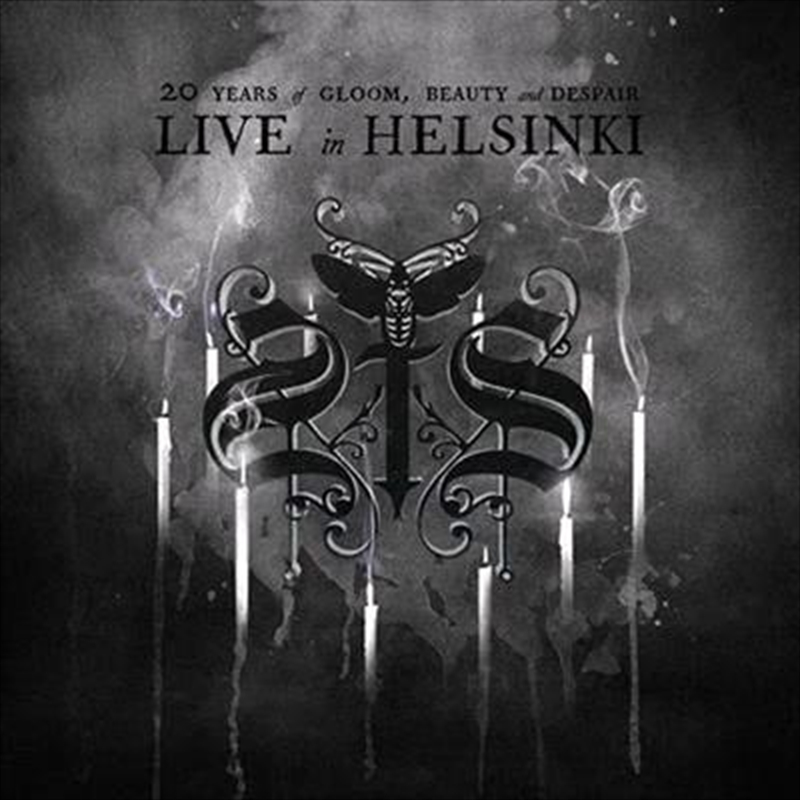 2020 had been planned to celebrate the Finns' 20th Anniversary, two decades of doom, gloom, and desperation etched in proverbial platinum. They were going to bring Nordic sorrow to their legions in Europe and North America, but in the waning winter months of last year, their plans were indefinitely put on ice due to the pandemic.

"We were supposed to play anniversary shows in Europe and North America," vocalist Mikko Kotamäki recalls. "We started our European tour in Finland in February 2020 and played 10 gigs. Everything got canceled two weeks after that. Luckily, we filmed and recorded our gig in Helsinki. Now, everyone can see it. At the time, we didn't know the footage or recordings would be used for this purpose."

The traits that set "20 Years of Gloom Beauty and Despair Live in Helsinki" apart from almost any live album out there were the acoustic performance (with a string quartet) of "Songs from the North II" and a fan-voted setlist that featured not only some of the group's most-performed songs ("Swallow (Horror, Part 1)," "Cathedral Walls") to date but also a bevy of live rarities ("Empires of Loneliness," "Plague of Butterflies," and "Here on the Black Earth"). "I can't wait for our fans to hear it," grins singer Mikko Kotamäki. "We were going to spread doom and gloom over Europe and North America in the flesh, but that couldn't be, so we've got the next best thing, our first-ever live album."

1. The Womb Of Winter

2. The Heart Of A Cold White Land

4. Pray For The Winds To Come

5. Songs From The North

8. Before the Summer Dies

10. Here on the Black Earth

1. The Womb Of Winter

2. The Heart Of A Cold White Land

4. Pray For The Winds To Come

5. Songs From The North

8. Before the Summer Dies

18. Here on the Black Earth