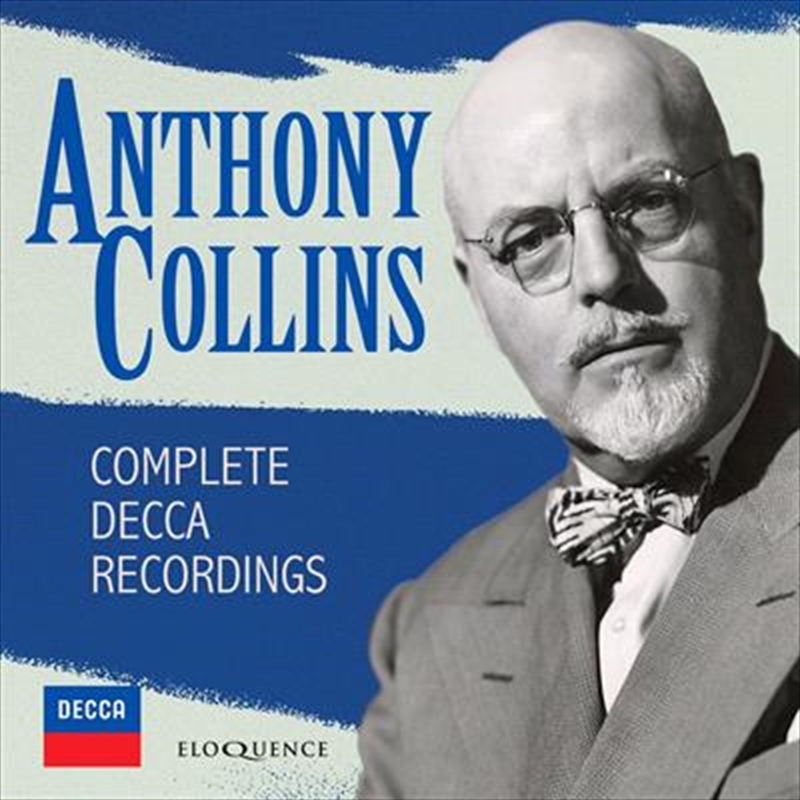 Including several recordings new to CD the complete Decca legacy of a noted Sibelius conductor compiled for the first time on disc.

From the earliest days of his career, Anthony Collins (1893-1963) earned a reputation as a musician of parts: violist, conductor, arranger and composer. He had led the viola section of the LSO under Beecham and Mengelberg before swapping bow for baton in the 1930s, and by then had already begun to promote the music of Sibelius. Then Hollywood came calling, and he spent the War in the US as an Oscar-nominated film composer writing for RKO Studios.

He began to record for Decca directly after the War, first of all with the London Mozart Orchestra which he had founded shortly before leaving for the US. Renowned by then as a Mozartian of natural gifts, securing shapely and stylish performances independently of either the grand Viennese tradition or the period-instrument movement in its infancy, he accompanied the pianist Friedrich Gulda – a kindred spirit of similarly mercurial imagination – in concertos by Mozart and Strauss, and then Peter Katin in Mendelssohn, and Moura Lympany in Rachmaninov. He re-established a close rapport with the LSO, conducting them in several albums of Elgar, Vaughan Williams and Delius that have rarely been equalled for their directness of expression and intensity.

These virtues still distinguish the cycle of Sibelius symphonies and tone-poems, made in the mid-50s with the LSO, from later interpretations. A generation of English and American listeners learnt their Sibelius from these recordings, and Collins’s deep fellow-feeling for his music stands the test of time. The Decca recordings included a Tchaikovsky album of Capriccio Italien and Francesca da Rimini as well as a pair of his own compositions, and other masterpieces of English light music by Walton – a complete Façade – Sullivan and Grainger. Items never previously issued on CD include dance suites from Hansel and Gretel and Der Rosenkavalier, as well as the Mozart Symphony No.33 which began his relationship with the label. The booklet offers full discographical details as well as an essay on Collins’ life and career by Peter Quantrill.