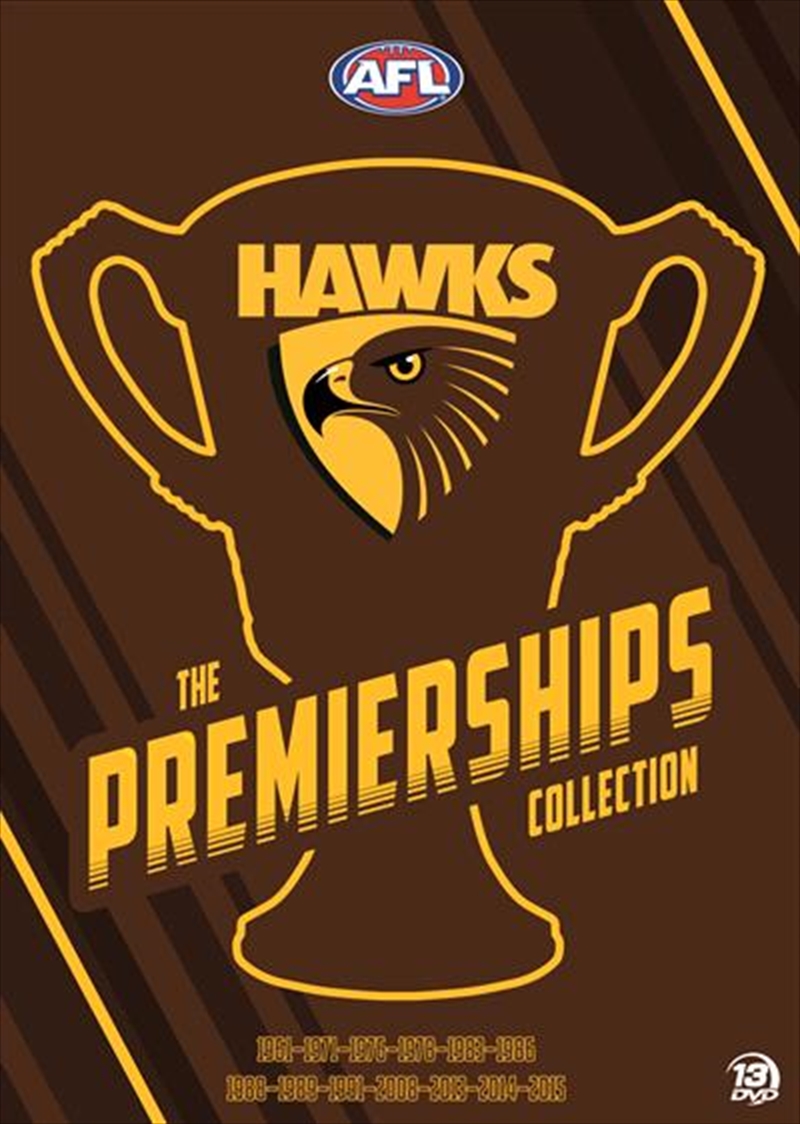 Shipping - See delivery options.
Postcode:
Quantity:
SEE MORE IN:
Everything AFL
Founded in 1902 and entering the VFL competition in 1925, it was not until the post-war period that Hawthorn would begin to emerge as a Premiership force, and would go on to hold the distinction of being the only club to win a Premiership in every decade of football since the 1960s.Legendary coach John Kennedy Sr led the Hawks to their first Premiership in 1961, and his legacy would see the club win three more flags in 1971, 1976 and 1978, with legends Peter Crimmins, Peter Hudson, Michael Tuck, Peter Knights and Player of the Century, Leigh Matthews, all covering themselves in glory. Another Hawks dynasty emerged in the 1980s under coach Allan Jeans, with the likes of Gary Ayres, Dermot Brereton, Jason Dunstall, Gary Buckenara and Chris Langford winning an incredible five flags between 1983 and 1991. After those glory years it would not be until 2008 that the hawks would win another Grand Final, but that young side under coach Alastair Clarkson would go on to become a Premiership powerhouse, winning three straight flags between 2013 and 2015.Sit back and enjoy the memories of Hawthorns historic Premierships, with full Grand Final replays from 1965, 1971, 1976, 1978, 1983, 1986, 1988, 1989, 1991, 2008, 2013, 2014 and 2015.