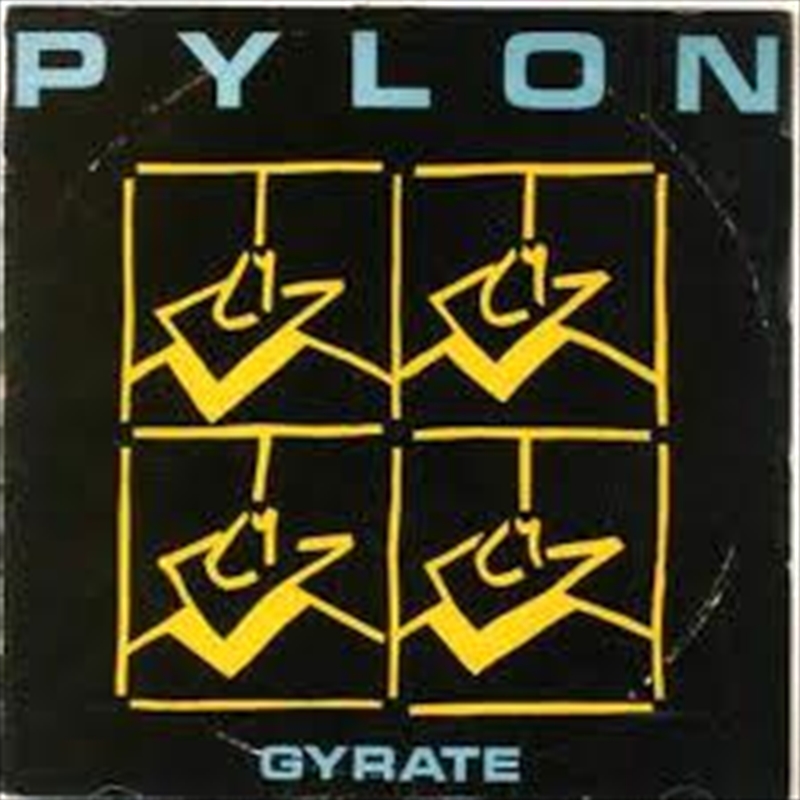 Remastered. The debut LP from the fiercely independent and highly influential post-punk band Pylon was originally unleashed in 1980. Pylon's first single was released on Atlanta's db record label in early 1980, earning a slew of excited press that immediately heralded pylon as a major underground act. The band's jagged rhythms, scratchy guitar, and insistent bass lines were the perfect foil for Vanessa Hay's whisper-to-a-shriek vocals, and the band's live shows were sweaty dance parties. Gyrate was released in November of 1980, also on db, amid a heady time for the band.