Empire Of The Blind 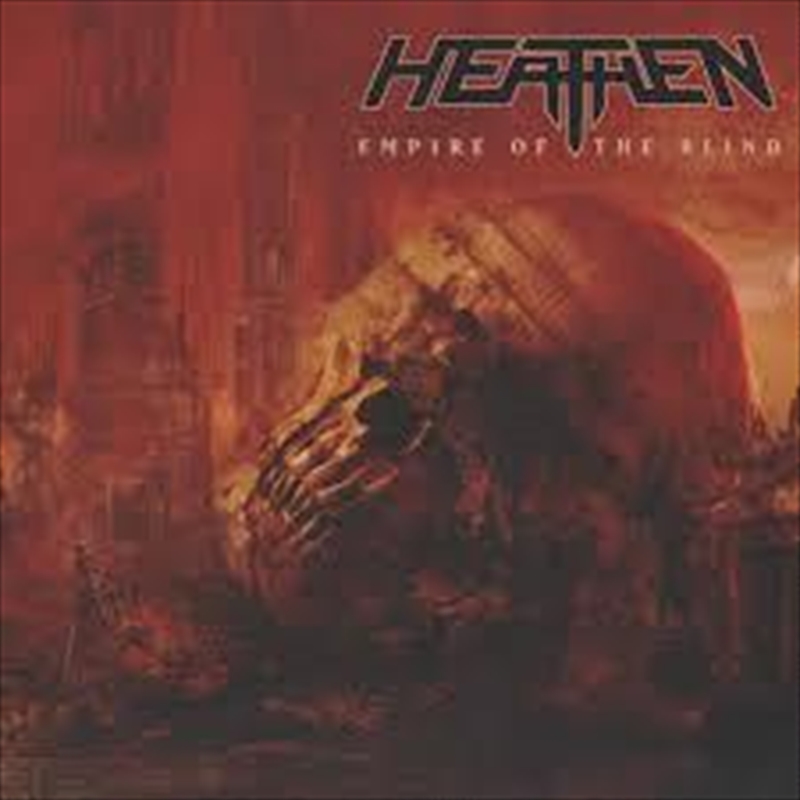 Empire Of The Blind

Heathen Empire Of The Blind CD

Bay Area thrash legends Heathen are back! New album, Empire of the Blind, picks up where the group's vaunted trio of full-lengths—Breaking the Silence (1987), Victims of Deception (1991), and The Evolution of Chaos (2010)—left off, but pushes the limits of aggression, melody, and heaviness.

Indeed, the idea behind Empire of the Blind was an all-eras full-length, one that had a distinct attitude complemented by shorter, more focused songwriting. Essentially, classic Heathen but with updated musical proficiency and economy. Penned by guitarist/songwriter Kragen Lum between 2012 and 2019 at the six-stringer's studio, Empire of the Blind is a thrash metal tour de force.

Conceptually, Empire of the Blind is a big metaphor for modern society, one run by social media, the power of immediacy, the persuasiveness of emotion, and how an empire (or nation) can so easily slip into complacency and groupthink. Songs like "This Rotting Sphere," "The Blight," "Blood to Be Let," and the expansive, riff-splosive title track work to transport the listener into Heathen's view of and comment on our Orwellian devolution. But the lyrics on Empire of the Blind are more than frustrated missives on contemporary sociology/anthropology. They're also a lens into Heathen's personal triumphs and travails.

Title: Empire Of The Blind

3. Empire Of The Blind