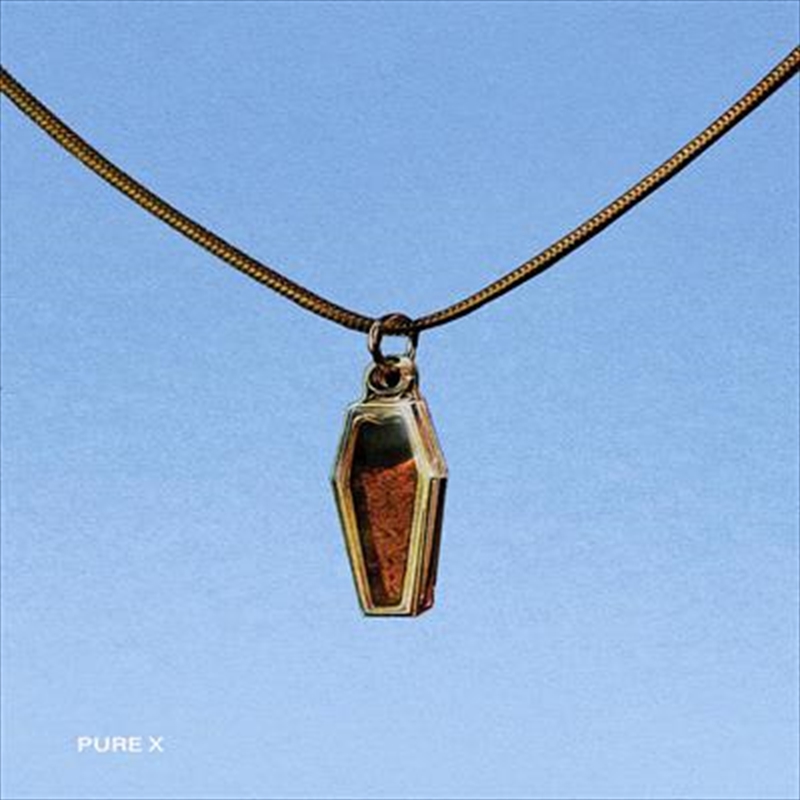 Pure X is the last band, has always been the last band. Not that there won't be future acts, more that Pure X understands that all this pageantry, this civilization is wrapping up. It burned hot and bright like thermite used to bust a safe open, but now is the age of radiating waves, each one buckles the foundation more than the last. Recorded live in single takes in the Texas hill country by Danny Reisch (Shearwater), this is their clearest, most focused work to date.

The rhythm section is locked in--a night train through the desert. There is more singing, the weary wisdom of the lyrics ringing like Tibetan bowls. In 38 minutes, Pure X weave a culmination, all the delays and distortion, the grinding mortar of touring, the low-tide pulling them out from a cult band, to a legacy band, it's here, understood and forgiven. The album's cover (designed by long time collaborator Christopher Royal King) depicts a coffin necklace set against a wide open blue sky. It's as if we carry our mortality like a pendant on a chain. Learning to own up and accept ourselves through self reflection. It would be understandable to express such forbidden fatalism in a brittle, harsh nihilism, the stark echo of a stone rattling down an endless well. But on this album, their fourth and first in six years, there is a pre-dawn kindness.

It may be funereal, but it is a Viking pyre ablaze in the middle of a river, one of those moments when the water seems to pause and reflect the clouds blooming like smoke from an invisible glass pip