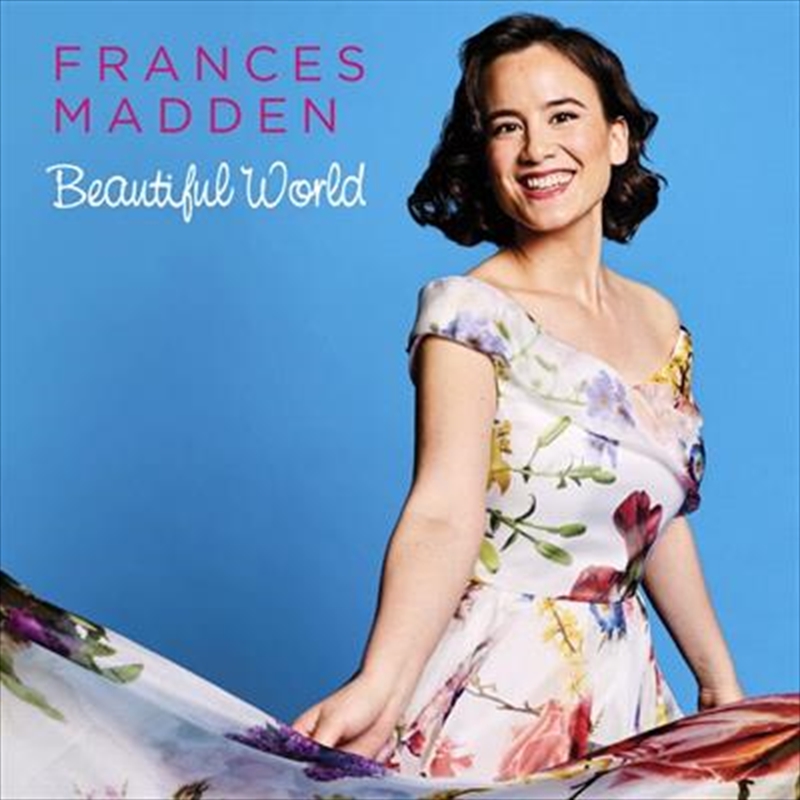 "Frances has a wonderful feeling for jazz and blues standards but what makes her a real stand-out are her original songs and unique style." James Morrison

ABC Music is thrilled to announce the release of 'Beautiful World', the new album by Frances Madden. One of the classiest entertainers Australia has produced in years, Frances has been described as 'Australia's rising star of jazz, blues and ballads' by Sydney radio station Fine Music 102.5, and as 'one to watch' by ABC Jazz's very own Mal Stanley.

Beautiful World brings together a combination of jazz infused melodies  entwined  with some memorable  pop hooks and occasional hints of gospel: from the hypnotic and seductive 'The Tango Never Lies' or the pulsating Latin rhythms of 'Dancing in the Street', to the emotive and soul stirring 'Side by Side'. Set within a landscape of luscious arrangements,  Frances  delivers performances  that are  heartfelt,  engaging  and captivating.  Her songs  are filled  with stories and  lyrics that are at times  inspiring and  uplifting,  while  at other  moments delightfully  whimsical  and  playful. The title track 'Beautiful World' is likely to be a favourite at radio. Noteworthy too, is that Frances gives a nod to the late, great Peter Allen with her own arrangement and rendition of 'I Go to Rio'.

6. Dancing in the Street