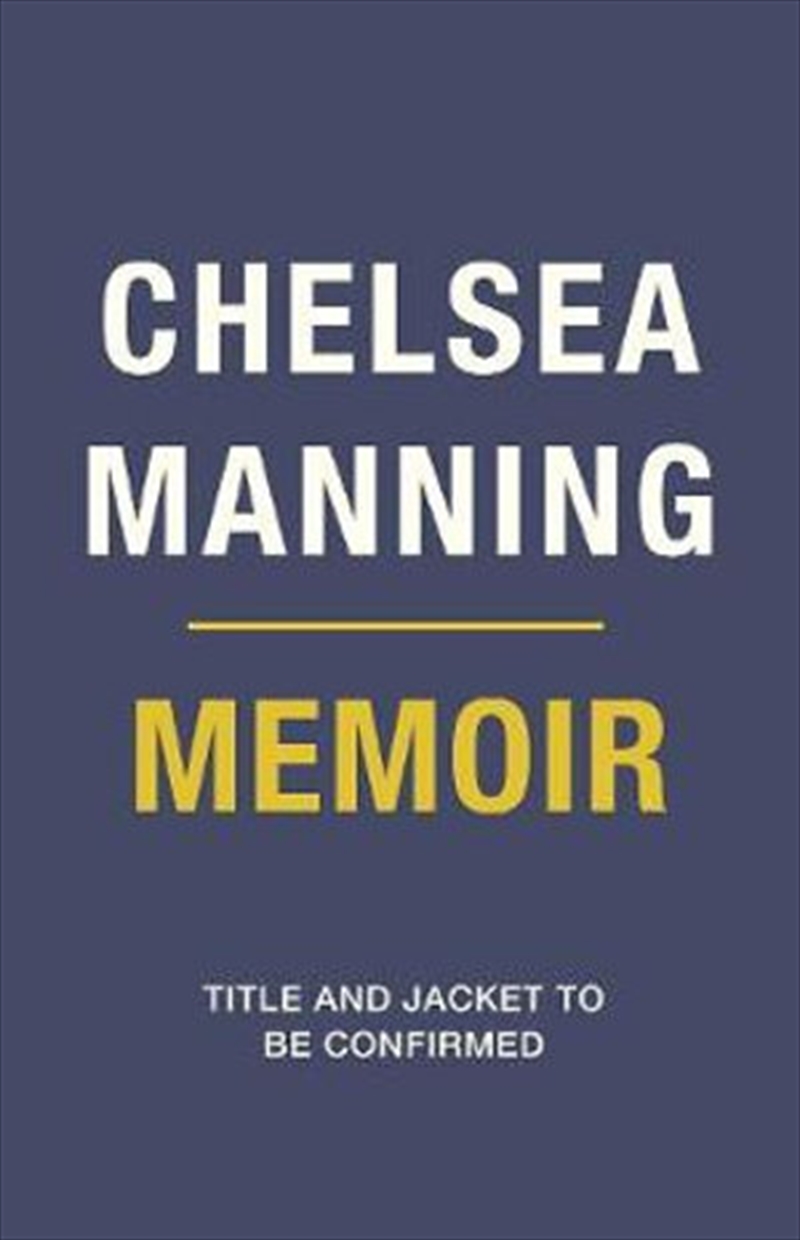 An extraordinarily brave and moving memoir from one of the world's most famous whistle-blowers, activists and trans women.

In 2010 Chelsea Manning, working as an intelligence analyst in the U.S. Army in Iraq, disclosed 720,000 classified military documents that she had smuggled out via the memory card of her digital camera. In March 2011, the United States Army sentenced Manning to thirty-five years in military prison, charging her with twenty-two counts relating to the unauthorized possession and distribution of classified military documents. The day after her conviction, Manning declared her gender identity as a woman and began to transition. In 2017, President Barack Obama commuted her sentence and she was released from prison.

In her as yet untitled memoir, Manning recounts how her pleas for increased institutional transparency and government accountability took place alongside a fight to defend her rights as a trans woman. She reveals her challenging childhood, her struggles as an adolescent, what led her to join the military, and the fierce pride she took in her work. We also learn the details of how and why she made the decision to send classified military documents to WikiLeaks.

This powerful, observant memoir will stand as one of the definitive testaments of the digital age.