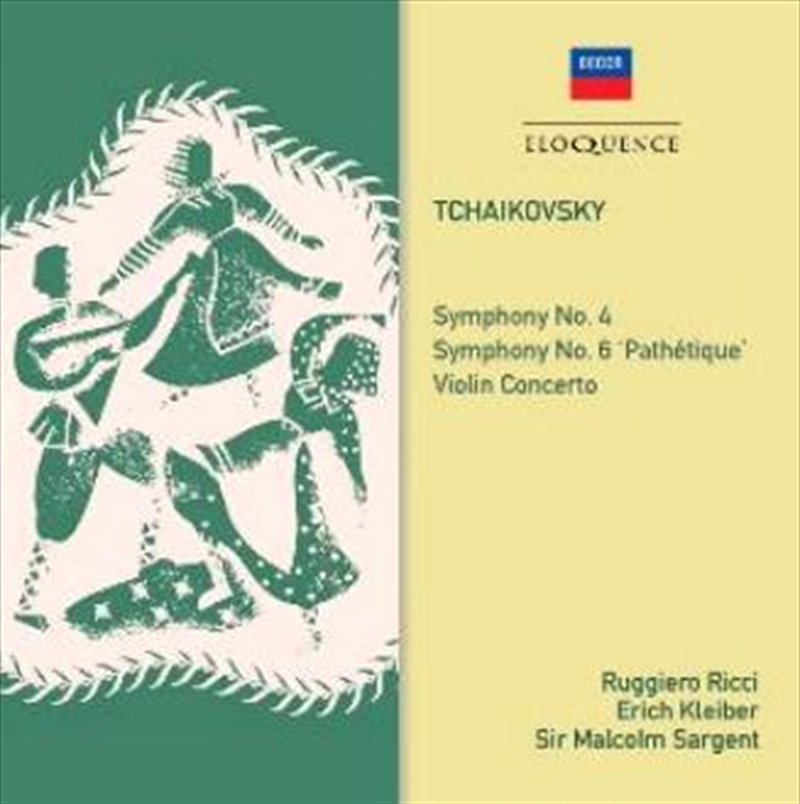 Only a truncated version of the Capriccio Italien from 1933 predates these accounts of the Fourth and Sixth symphonies in the Kleiber discography. They were made in Paris – Decca apparently esteemed the playing of the Conservatoire Orchestra in Russian repertoire – and are precious testaments to the particular attack and vigour he inspired from orchestras in this music.

Despite being recorded under 78rpm conditions, in four- or five-minute sections, the Fourth Symphony is marked by a palpable symphonic rigour as well as the edgy brass which lends such intensity to Decca’s Paris recordings of Russian music. This Fourth dates from 1949; four years later Kleiber returned to Paris for the ‘Pathétique’, recorded on tape, with an especially compelling sense of line drawn through the symphony’s tragic finale.

After his early death in January 1956, at the age of 65, his friend Jacques Barzun recalled watching Kleiber rehearse and perform in Paris, presumably for these recordings: ‘He did not seem to conduct, that is, to earn his fee on the podium. All his histrionic ability went into rehearsal: there he gestured, danced, chattered, pantomimed his way into the subconscious of his players until the right musical utterance came out of their fingers and lungs.’

In January 1950, when Ruggiero Ricci first recorded the Tchaikovsky Violin Concerto, he was 31 years old and had been performing in public for over 20 years. The sessions marked his debut for Decca, at least in concertos, and he was most sympathetically partnered by Sir Malcolm Sargent – the preferred conductor of Jascha Heifetz on his appearances in London. Two further Decca recordings followed, in 1961 and 1974, both impressive in their ways and technologically advanced but hardly superseding the folksy bravura and legerdemain of his initial efforts.

‘Ricci certainly reels off the technical difficulties with ease … in the finale his attack and rhythmic impetus are exceptionally powerful and vigorous.’ Gramophone, September 1950 (Violin Concerto)