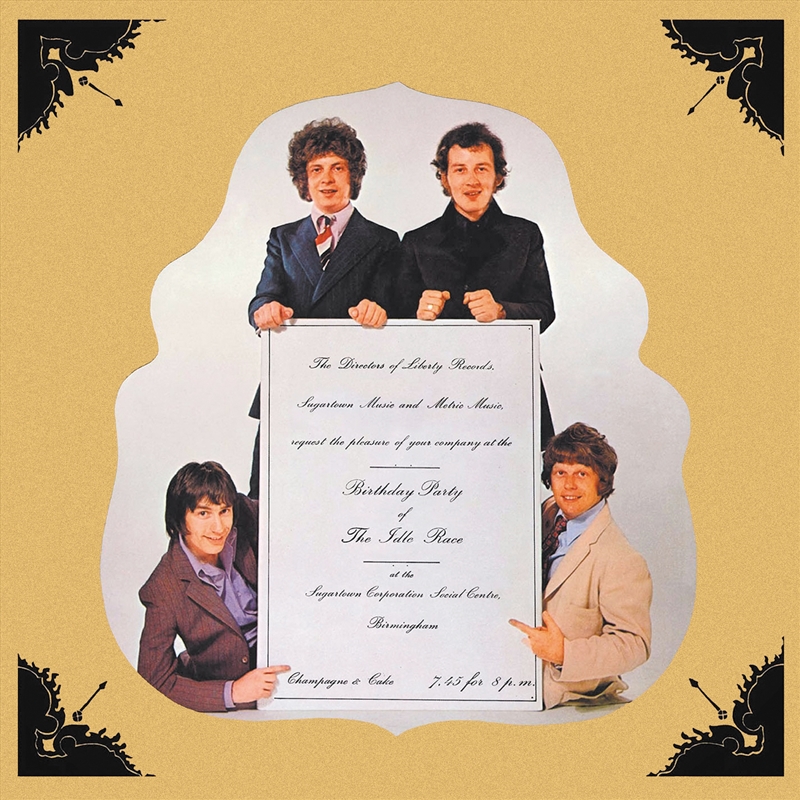 Having emerged from the ashes of beat boom hopefuls Mike Sheridan and The Night Riders, by late 1966 Birmingham band The Idle Race were looking for a new guitarist.

The successful applicant was local teenager Jeff Lynne. By the time the band signed to Liberty Records, the prodigiously-talented Lynne – several years younger than his new colleagues – had been promoted to frontman status, blossoming as the band’s chief songwriter while also taking lead vocals. After Skeleton And The Roundabout had attracted much airplay but fallen just short of the charts, the band cut their debut album. Issued in October 1968, the idiosyncratic The Birthday Party gave notice of a major new talent on the British pop scene. A dazzling creation that matched Beatle-ish melodic flair and witty, surreal vignettes with the heightened ambition of psych-era British studio pop, the set attracted rave reviews and the support of Radio One DJs including Kenny Everett.

Sadly, however, The Birthday Party failed to sell in any great quantity after Liberty mysteriously chose not to issue a single in support of the release (I Like My Toys was scheduled to appear, but cancelled at the last minute), and the wider world wouldn’t notice Lynne until he joined The Move in early 1970. Now acknowledged as a classic album of song-based British psychedelic pop, The Birthday Party finally gets the attention that it deserves with this definitive new 2-CD package. The original stereo album is joined by alternative versions, stand-alone singles and, most notably of all, the first-ever official CD release of the original, substantially different mono version of the LP, taken from the original masters.

A digipak release, this essential set features a 24-page booklet containing numerous rare photos and memorabilia as well as a new essay on the album.