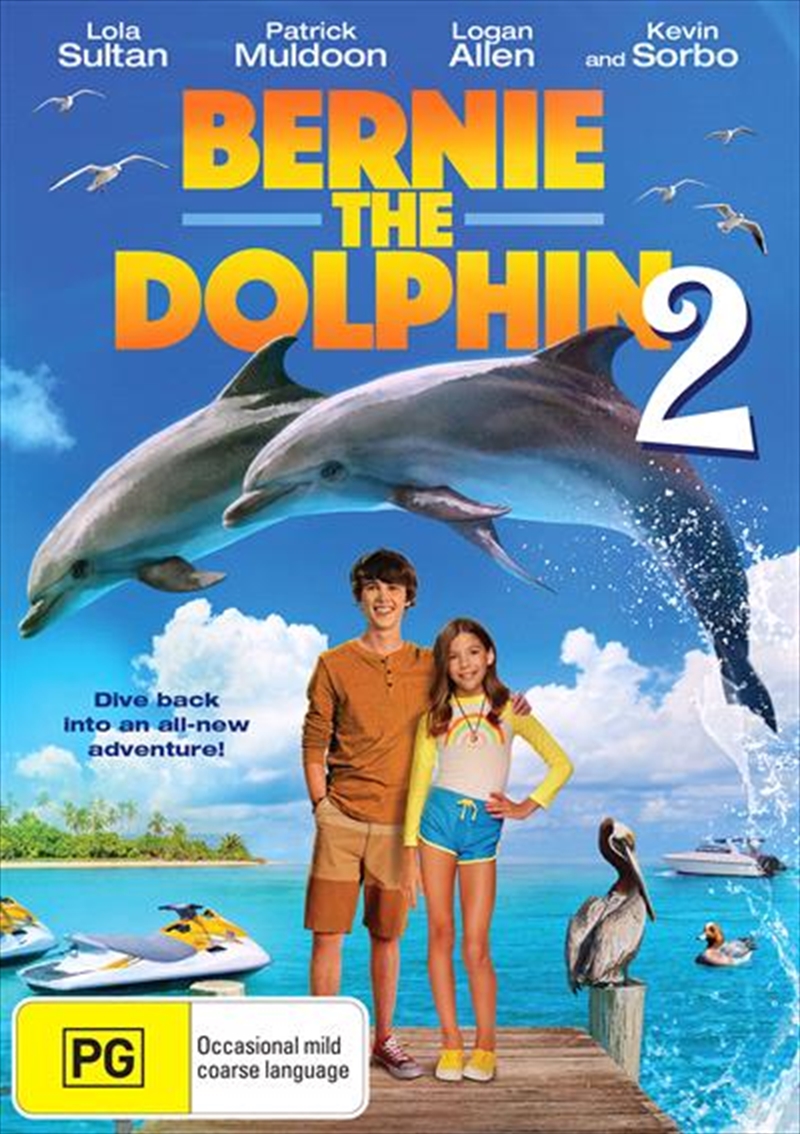 Summer has arrived and Kevin and Holly Ryan are thrilled that their dolphin friend Bernie has come back to the cove. As Kevin (Logan Allen) spends his time shooting videos and posting podcasts about Bernie on the internet, Holly (Lola Sultan) works at Marineland as their junior dolphin trainer. When a new addition comes to Marineland - a little dolphin with a major attitude nicknamed Rascal - Holly and Kevin look set to enjoy another exciting summer. But Bernie isn't the only one who's come back to St. Augustine. Old enemy Winston (Kevin Sorbo) has just been released from prison and is hatching a plan to get revenge on Bernie and the kids. Looks like Kevin and Holly will have to team up with Bernie and save the day again! With all the cast and crew from the original hit back on board, BERNIE THE DOLPHIN 2 is an exciting, fast-paced adventure for the entire family!