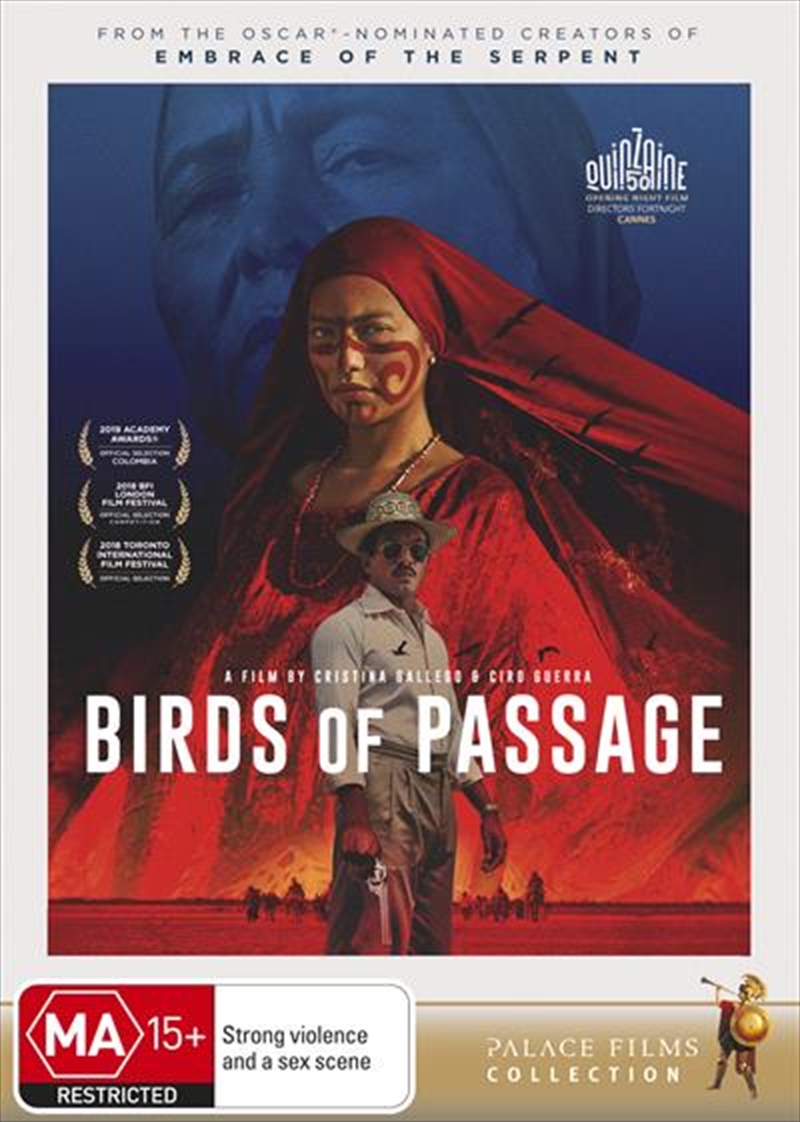 The true story of the origins of drug trafficking.

The highly anticipated new film from the creators of the Oscar-nominated Embrace of the Serpent, Ciro Guerra and Cristina Gallegos astounding BIRDS OF PASSAGE is an epic, visually exquisite story about the origin of the Colombian drug trade, told through the perspective of a proud indigenous family. Guajira, Northern Colombia, 1970s. Wayuu tribe-member Zaida (Natalia Reyes) has come of age, leaving formidable matriarch Ursula (Carmia Martnez) with the important task of finding a suitable match. Her instincts warn her against young Rapayet (Jos Acosta), an ambitious man with strong links outside of the clan, but the word of his respected uncle Peregrino (Jos Vicente Cotes) carries weight, so she succedes, setting an outrageous dowry. The seed sown, Rapayet stumbles onto a plan with his flamboyant friend Moises and cousin Anbal to sell marijuana to a visiting American. Its the beginnings of a profitable new enterprise. As the family rises to prominence, Ursula becomes increasingly complicit in her son-in-laws business dealings, insisting traditional honour codes are respected and observed. But the trappings of wealth and power soon incite a war that threatens to tear them and their ancient traditions apart. A unique sensory adventure, BIRDS OF PASSAGE, with its fascinating depiction of duelling tribal codes, rituals and beliefs, and the destabilising impact of outside influences, couldnt be further removed from the time-honoured, rags-to-riches crime sagas of Western cinema. Almost mythical in its storytelling, this extraordinary film bursts with eye-popping traditional costumes and culture, an immersive atmosphere of surreal imagery, vivid sound design and glorious widescreen cinematography. It demands to be seen on the biggest screen possible.