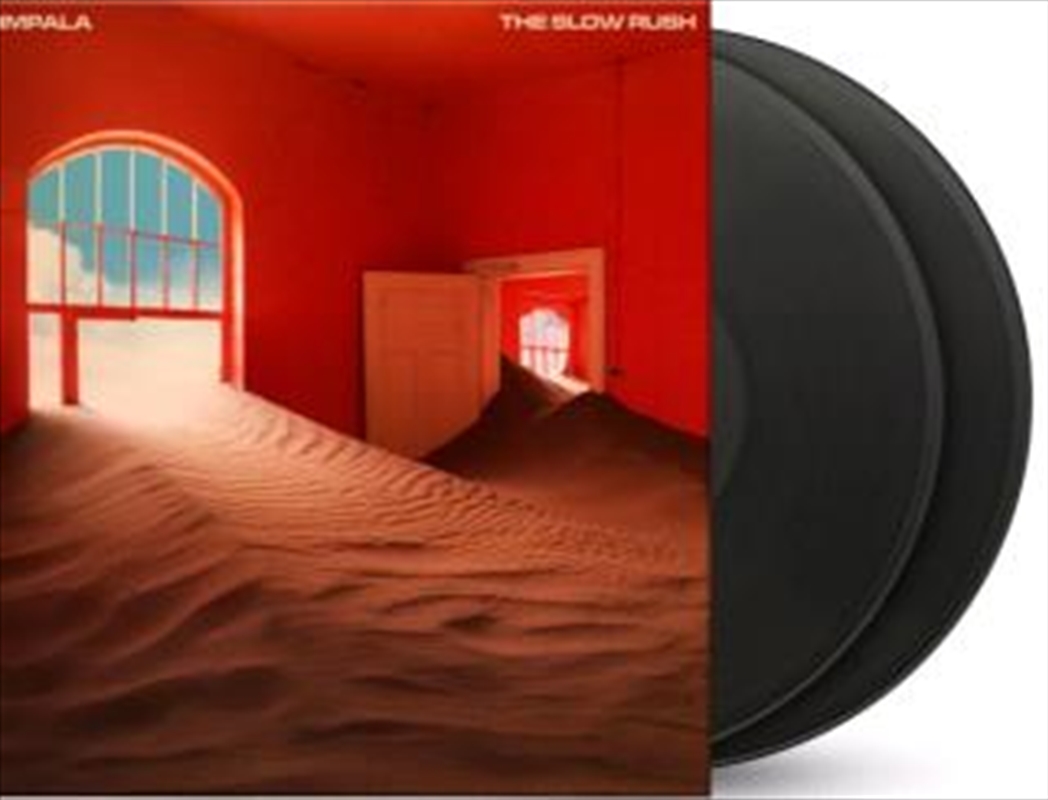 Pre-order to receive a bonus iron on transfer of the album cover (24cmx24cm). Available while stocks last.

Tame Impala (Kevin Parker) has officially announced his fourth studio album, ‘The Slow Rush’. ‘The Slow Rush’ was recorded between Los Angeles and Parker’s studio in his hometown of Fremantle, Australia. The twelve tracks were recorded, produced and mixed by Parker.

‘The Slow Rush’ is Parker’s deep dive into the oceans of time, conjuring the feeling of a lifetime in a lightning bolt, of major milestones whizzing by while you’re looking at your phone, it’s a paean to creation and destruction and the unending cycle of life.

Review of Tame Impala - The Slow Rush by Thomas Bleach

Soaked in dreamy synths and psychedelic tendencies, Tame Impala has taken his alternative pop-rock sound to new heights on his fourth studio album. ‘The Slow Rush’ is a record that hears Kevin Parker honing his craft yet again while in the midst of deep experimentation. Injecting a nostalgic disco influenced sound into his sonical palette, he’s created a collection of tracks that will have listeners wanting to groove in a whole different way than how they have to his music in the past. This is a record of reflection and celebration. It’s a dreamy affair of pure saturation and is best experienced by listening from start to finish and fully immersing yourself within the music and the trippy world he creates. Opening with the vocoder and synth distortion of ‘One More Year’, he puts an emphasis on the importance of time and how we need to make our short time in this world as impactful as possible, and to create as many memories as we can. It’s a really beautiful and sentimental way to kickstart this record as it immediately draws you into the winding sonical journey this record holds. Previously released singles ‘Borderline’, ‘Posthumous Forgiveness’, It Might Be Time’ and the ultimately groovy ‘Lost In Yesterday’ continue the disco injected experimentation while he builds a collection of tracks that will enhance his already strong live show. The rest of the new songs are experimental at heart from the 2 minute ‘Glimmer’ which hears him proclaiming “I just want a glimmer of hope”, to ‘Instant Destiny’ which captures an anthemic production intertwined with a storyline of the permanence of marriage. He then brings it back to the essence of time on ‘Tomorrows Dust’ before closing the album with the piano and percussion heavy ‘One More Hour’ which concludes the final reflections. But it’s the 6 minute masterpiece ‘Breathe Deeper’ which truly stands out. Focusing on the power of breathing through negative and stressful situations, he creates an anthem that we didn't realise we needed in our lives. “Breathe a little deeper, should you need to come undone” he sings during the synth saturated track which sounds like quintessential Tame Impala. ‘The Slow Rush’ is an album that is meant to be experienced from start to finish and is Parker’s most experimental body of work yet. It's one that will come to life on his upcoming world tour and will be a celebratory affair of time and the memories we can make.

A1. One More Year