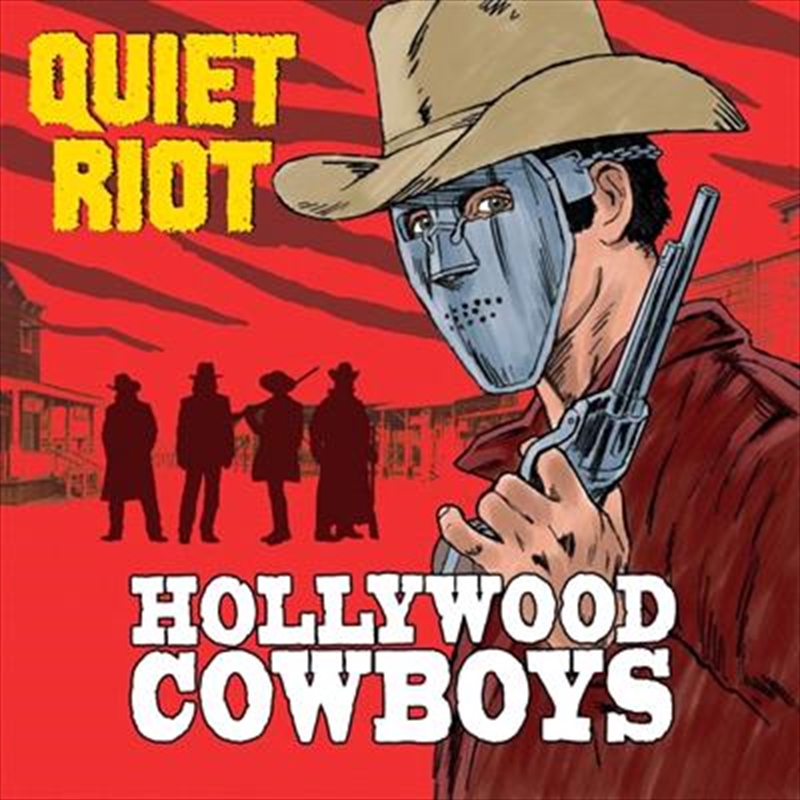 QUIET RIOT is a rock & roll phenomenon. Widely known as the first heavy metal band to top the US pop charts, the Los Angeles quartet became a global sensation thanks to their monsterous smash hit 1983 album, “Metal Health”. That album topped the Billboard album charts for several months and the follow up album, “Condition Critical” went double platinum. The band has continued to record (a total of 11 studio albums) and tour throughout their 30 + year history.

QUIET RIOT continues their historic journey with founding member and drummer Frankie Banali, who is joined by veteran bassist Chuck Wright (who has been in and out of the band since 1982) and guitarist Alex Grossi (who has been in the band since 2004). With their latest release “Road Rage” Quiet Riot introduced to the fans powerhouse vocalist James Durbin, who stepped in the eleventh hour to give his imprint to the new songs.

With “Hollywood Cowboys” James finally takes full control and is going to blow everyone away with his amazing set of pipes.

Frankie Banali's history with QUIET RIOT spans over 34 years and he has the distinction of being the only member of QUIET RIOT to have recorded on every single QUIET RIOT release. After nearly ten years since the loss of his friend and co-founding member and bandmate Kevin DuBrow, and with careful consideration, soul searching and with the blessings and support of Kevin DuBrow's family, Frankie has moved forward with the band to bring the fans a new record!

Musically, the new album offers exactly what you would expect from QUIET RIOT. Arena ready hard rock with strong hooks and infectious riffs, along with a maturity in the songwriting that only a band with such a history and pedigree can offer.

QUIET RIOT have come back stronger than ever, in perfect METAL HEALTH with the new album: “ Hollywood Cowboys”! Catch them on the road this summer!

4. The Devil That You Know