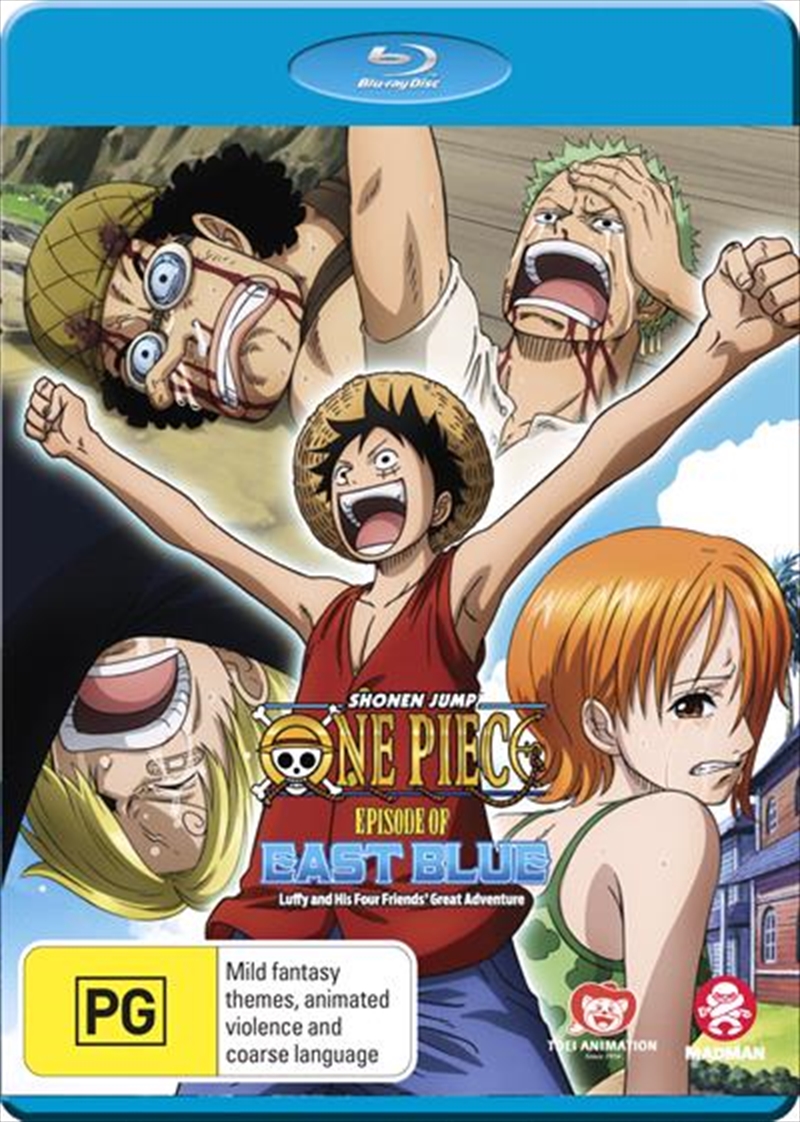 Experience the inspiring moments that launched Luffy and the first four members of his crew on their grand adventure to find the One Piece! Its all here - from Shanks giving Luffy the straw hat, to Nami facing the Fish-Men at her hometown. Along the way, Zoro finds his swordsmans zeal, Usopp pays for his pranks, and Sanji sizzles up the Baratie. Join the crew where it all began in the waters of East Blue.
DETAILS