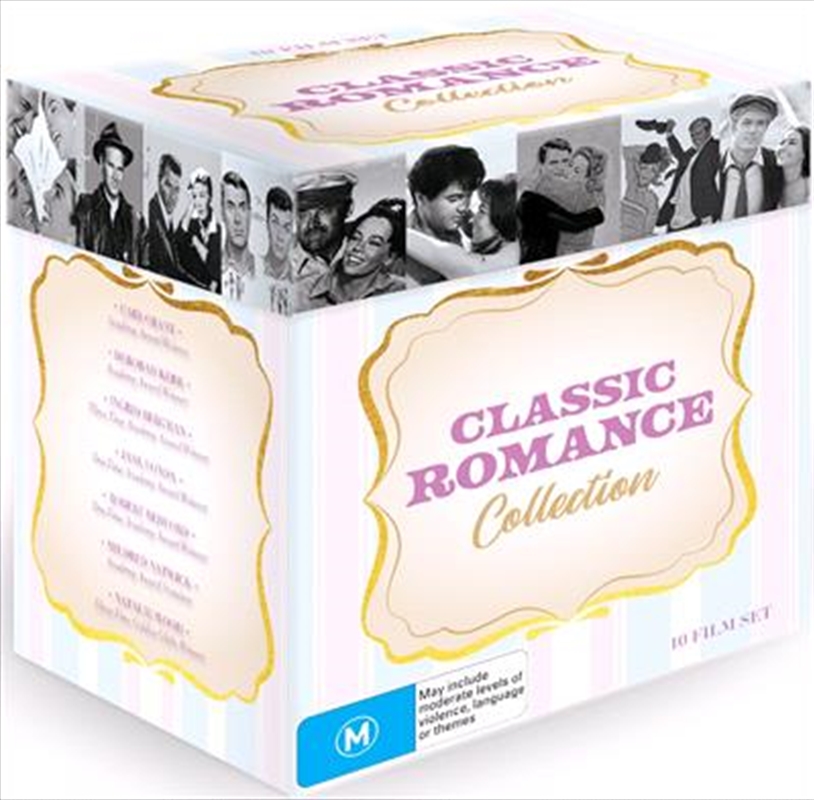 This 10 film collection brings together timeless stories that romance lovers everywhere will adore.

FATHER GOOSE: During World War II, a man persuaded to live on an isolated island and spot aircraft finds himself responsible for a teacher and several students, all female.

PARADISE HAWAIIAN STYLE: Rick Richards is a helicopter pilot who wants to set up a charter flying service in Hawaii--along the way he makes some friends, including a young Hawaiian girl and her father, romances Judy Hudson, and sings a few songs.

YOUNG AT HEART: The lives and romances of three sisters in a musical family. The youngest daughter's life is complicated by the subsequent arrival of a charming composer and a cynical music arranger.

THE GRASS IS GREENER: Victor and Hillary are down on their luck to the point that they allow tourists to take guided tours of their castle. But Charles Delacro, a millionaire oil tycoon, visits and takes a liking to more than the house.

INDISCREET: An actress who has given up on love meets a suave banker and begins a flirtation with him...even though he is already married.

OPERATION PETTICOAT: During World War II, a commander finds himself stuck with a decrepit (and pink) submarine, a con man executive officer; and a group of army nurses.

THIS PROPERTY IS CONDEMNED: The dramatic love story of a small-town Mississippi girl Alva Starr and railroad official Owen Legate, set during the Great Depression.

HELLER IN PINK TIGHTS: Story of theatrical troupe that travels through the Old West.

THE GREATEST SHOW ON EARTH: The dramatic lives of trapeze artists, a clown and an elephant trainer, are told against a background of circus spectacle.