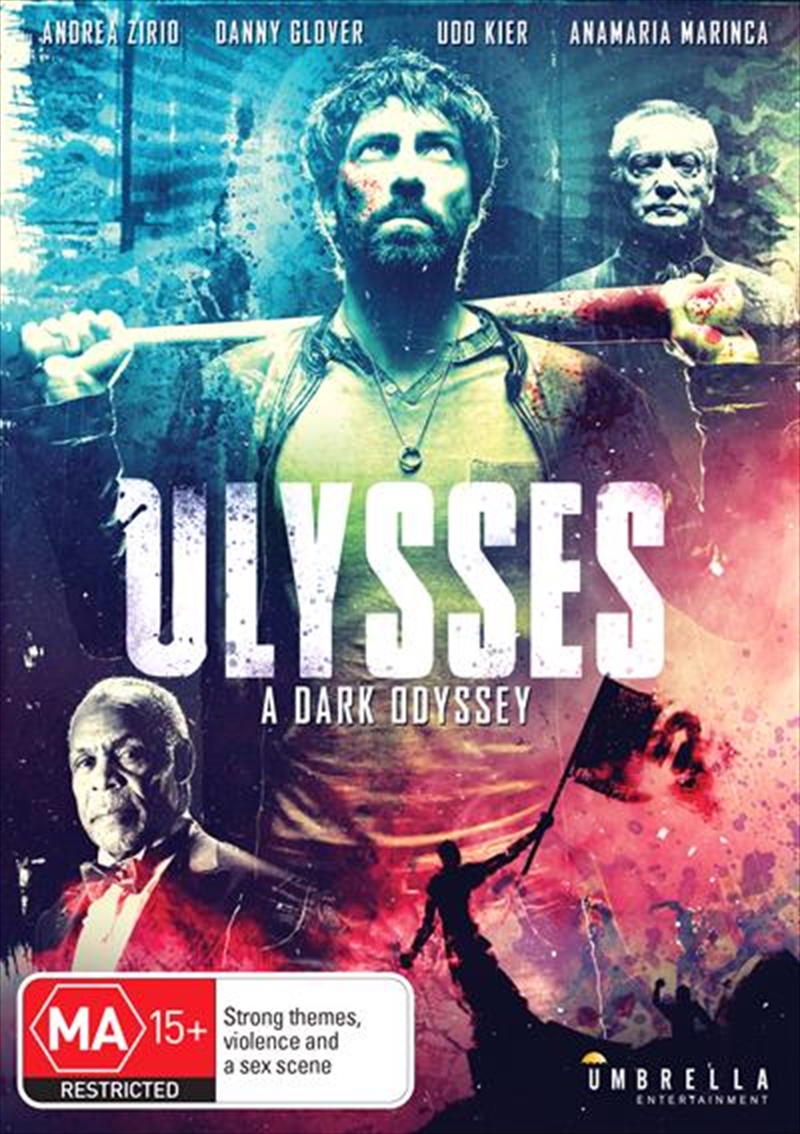 Shipping - See delivery options.
Postcode:
Quantity:
SEE MORE IN:
3 for $30 Movies & More
Ulysses (Andrea Zirio, Richard The Lionheart), a military man, returns from Middle?East carrying the signs of war both on his body and in his soul. He tries to forget, seeking refuge in the use of drugs. After being imprisoned for seven years in a remote place, he escapes and returns back home, where he discovers that his wife, Penelope (Anamaria Marinca, Fury)is being kept by Mr. Ocean (Danny Glover, Lethal Weapon), the underworld boss of Taurus City. Supported by Niko (Drew Kenney, Blood Trap), they start a journey of discovery within a single night. Fearing the disappearance of his wife is related with underworld characters, Ulysses and Niko set out to find her. They meetsurreal and disturbing figures during their journey of discovery: the violent and bloody kebab store owner Ppov, the drug dealer Aeo, God of the winds, the enigmatic and beautiful transsexual Hermes, the charming mistress Cici, the Seer who knows Ulysses story, the seductive Kaly and finally Alcyde whom, having heard to his story, decides to help in his quest. Will Ulysses find Penelope and feel whole again?