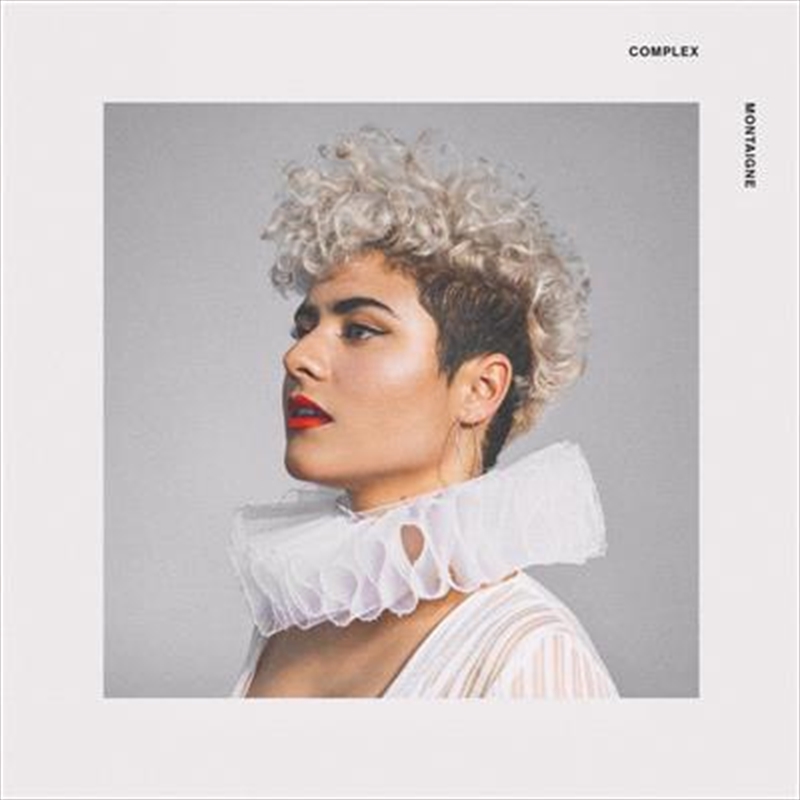 Complex is certainly an accurate name for the articulate popstress Montaigne’s second album.

Three years in the making, themes covering loneliness, isolation, distorted love narratives,  the desire to escape, self-realisation, illness and fury all interact and percolate amongst themselves on Complex, and Montaigne does a spectacular job of expressing herself with eloquence, passion and impressive technical skill.

Speaking on the inspiration and work behind the album, she says, “The right songs all came together over this three year period and so each song pertains to a different period of my life.  It’s basically a series of portraits of all of my insecurities, or the weird relationships I’ve been in or neurotic feelings I’ve felt while being attracted to others.

The album's like this veil behind which I stashed all these secrets I was keeping from myself.”

Ready to re-define herself as an artist, Montaigne has put together a cinematic and theatrical record full of vulnerable storylines and hard hitting statements. ‘Complex’ is exactly what the title suggests. It’s a complex collection of tracks that invokes serious thoughts and has you leaving feeling breathtakingly impressed at some of the more mature moments she collates. Building herself around a cinematic and atmospheric soundscape, songs like the epic opener ‘CHANGE’, the dramatic ’The Dying Song’, the catchy ‘Love Might Be Found (Volcano)’, the loved ‘For Your Love’ and the politically charged ‘Ready’ have their very prominent positions on the record. They are catchy moments, full of big singalong’s and catchy hooks that are just waiting to explode in her live show. The nostalgic ‘Losing My Mind’ is a future hit waiting to be unravelled. With a soundscape similar to Marina And The Diamonds, you will find yourself soaking up every second of the little 80’s pop nod. But behind the groovy production hears Montaigne struggling with a severe case of burn out which is a form of exhaustion she discovered she had during the creative process. It’s a reminder to herself to take a moment to herself, in a life which is continually very fast faced for her. But the heart of this record lies somewhere else. ‘Is This All I’m Good For’ is a song that deserve the spotlight to be shined onto it. With it’s very honest storytelling, she opens up about her real battle with body imagery. It’s a dialogue that is very important to be having in 2019 and with her taking the jump hopefully a lot of other artists in the Australian music scene will open up about their real battles This is a bold and brave statement to be making on her sophomore record, but it’s one that stands strong as it shows a personal growth to her artistry and personality. She doesn't stop just there, she continues her vulnerability in ‘Please You’, ‘Showyourself’ and the confronting and dark ‘Stockholm Syndrome’. She uses a gradient palate to deliver an album that showcases the growth of her artistry and delivers a strong collection of emotions that perfectly represents the last couple of years of her life and her realisations in between her debut album ‘Glorious Heights’ and now.