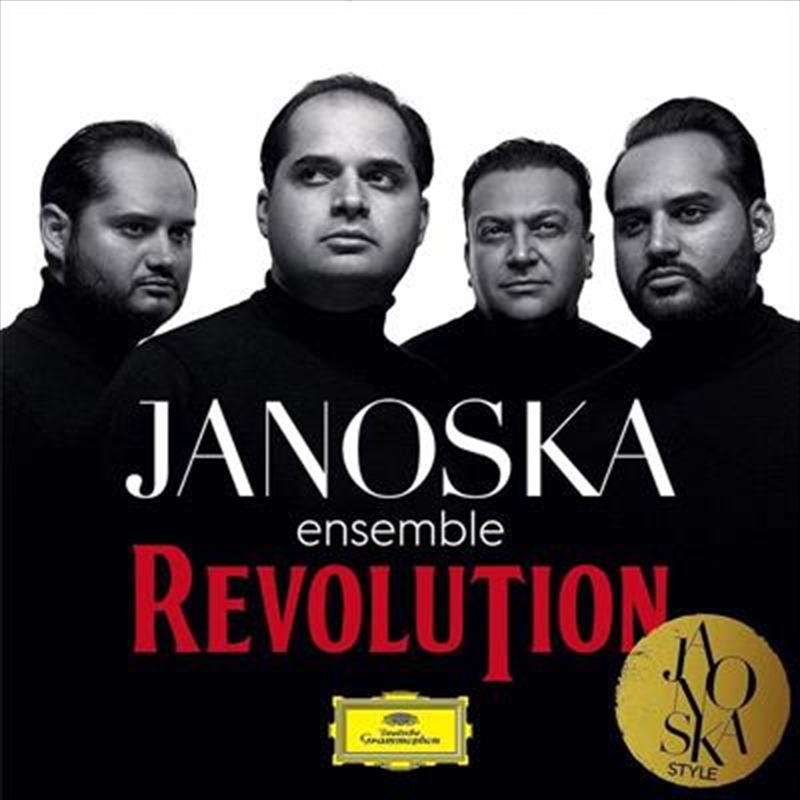 Following the sensational success in Austria with their album Janoska Style released in 2016, which earned them their first gold disc award, the four Janoskas continue to cut their own path with a lively mix of classical and jazz, influenced by traditional music from Eastern Europe.

They see their new album Revolution as a tribute to the brilliant musicians from Liverpool who revolutionized 1960s pop with their music.

"Just as the Beatles revolutionized pop music, we want, if you like, to revolutionize classical music. When we play classical music, we bring back the tradition of free improvisation that was taken for granted in Baroque times." explains Julius Darvas, the double bass player with Janoska. He hits the nail right on the head, and it is this philosophy that makes the Slovak-Viennese ensemble so fascinating. Trained as classical musicians, and growing up with the family tradition of in-house music, they are perfectly attuned to one another.

This they do to the delight of audiences world-wide, from the Vienna Konzerthaus or Munich's Prinzregententheater through to their tour of America in the summer of 2019. In addition to tracks of music by Mozart, Tchaikovsky and Wieniawski, the Revolution album offers three of the Beatles' greatest hits in their own unique interpretation, in true Janoska style.

3. Praeludium and Allegro in the Style of G. Pugnani / Fritz Kreisler