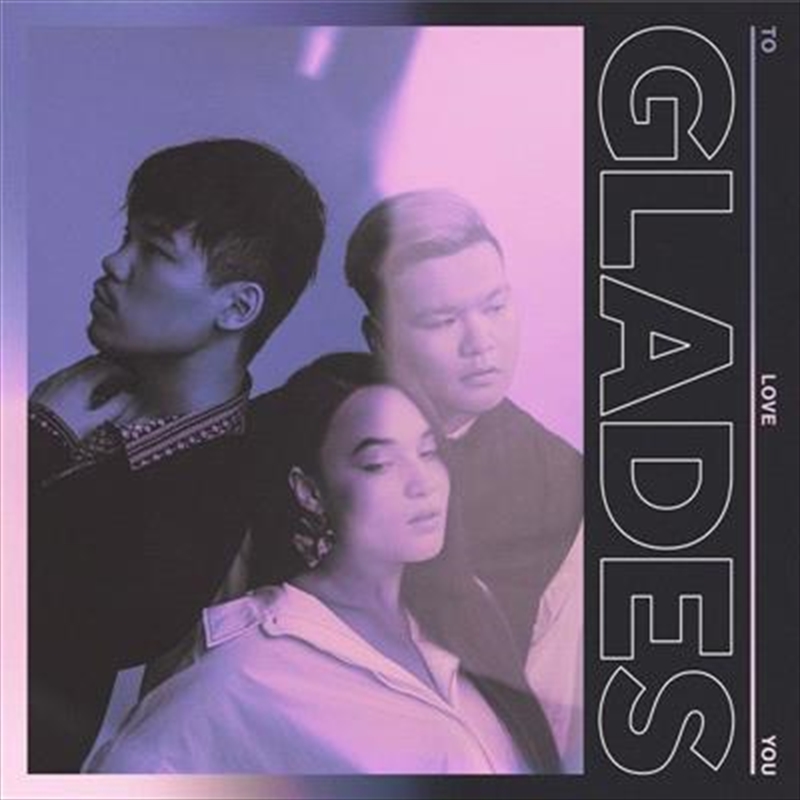 Glades To Love You CD

The band will release their debut album TO LOVE TOU which will be supported by a national headline tour.

Following the success of their sell-out Australian national tour in May as well as tours with the LANY and Clean Bandit, the trio have spent the last few months in the U.S. putting the finishing touches on their debut album. TO LOVE YOU, includes breakout single Drive and more recent singles Do Right, Not About You and Eyes Wide Shut.

Glades first attracted widespread attention in 2016 after the release of their track Drive, which has since attracted 40 million streams. They also feature on FEKI’S single Love You Better. The band’s more recent single ‘Do Right’ is ARIA gold, having achieved over 60 million streams to date.

The group have amassed a staggering 170 million total streams and have an audience of over 1.5 million monthly Spotify subscribers.

They have appeared in Global Spotify Charts, Global Viral charts, Top 40 Australia and have secured #1 most played at Triple J on multiple occasions.

The release of TO LOVE YOU and NATIONAL HEADLINE TOUR will consolidate the past 2 years of unprecedented success for GLADES. With the inclusion of previous singles and 7 brand new tracks, all produced in house, the album will showcase their unequivocal talent.

Title: To Love You