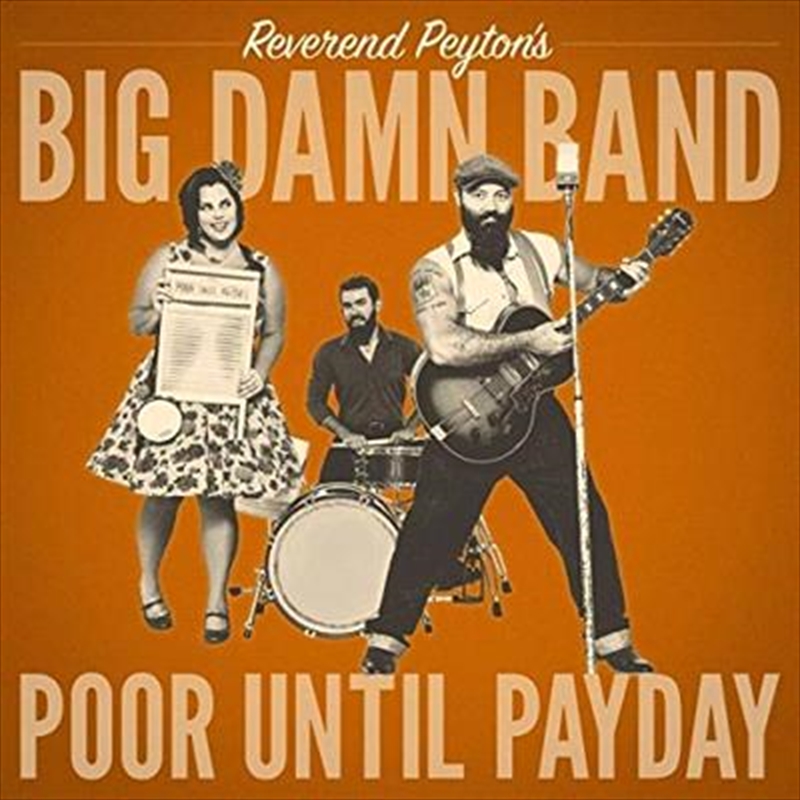 After 12 years of playing as many as 300 shows each year, Rev. Peyton, the world's foremost country blues finger-style picker, along with the biggest little band in the country has pieced together one of the most dedicated followings out there.

This following is sure to eat up the band's latest offering, Poor Until Payday, (the second on their own Family Owned Records label through hip Nashville indie Thirty Tigers), a country blues record that was made the right way — two feet on the ground and both hands getting dirty.

On Poor Until Payday Peyton wanted a sound as live and electric as the records made in the heyday of 45 rpm blues classics from Chess, Stax and Sun Records. The result is an album that is direct, soulful and demands to be played loud.

This is real, from the heart, handmade music made by people, for people who don't have time for BS.

1. You Can't Steal My Shine

6. Keep The Family Together