Songs of a War Boy 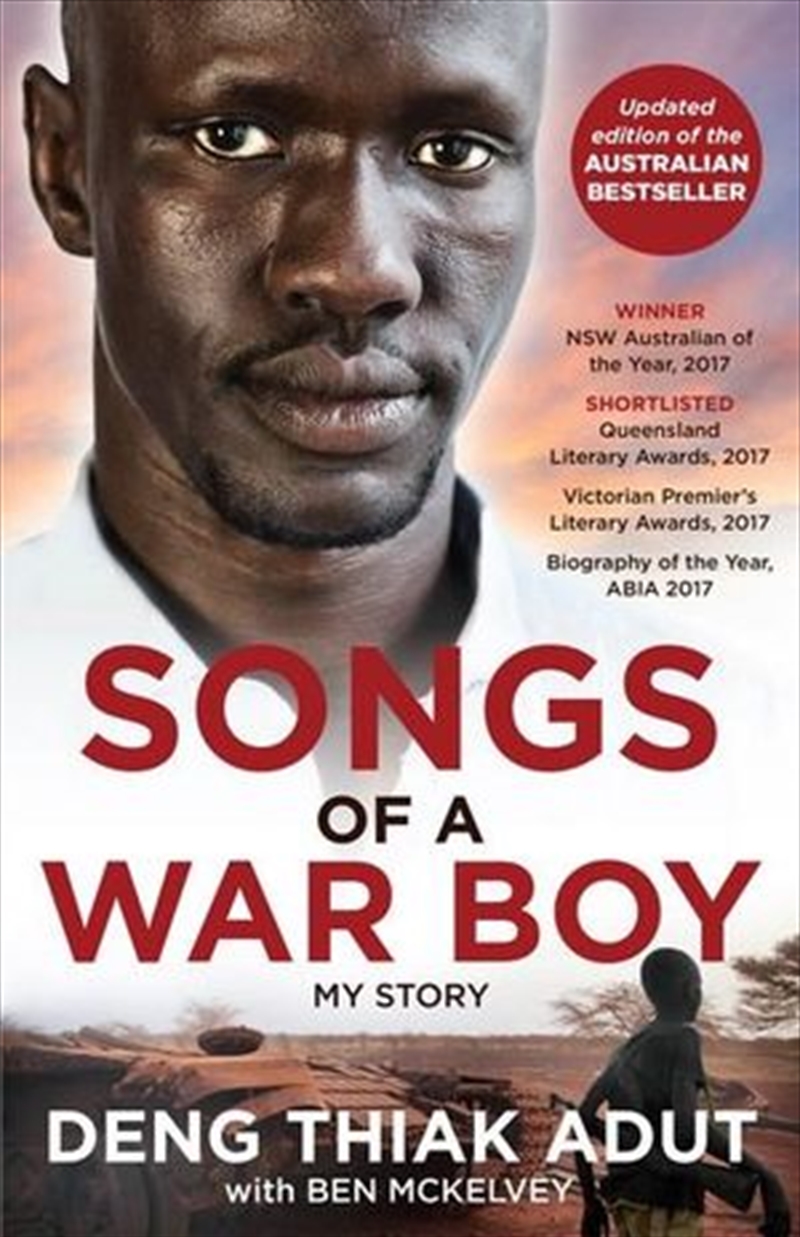 Songs of a War Boy

SEE MORE IN:
Biographies
DESCRIPTION
Deng Adut was six years old when war came to his village in South Sudan. Taken from his mother, he was conscripted into the Sudan People's Liberation Army. He was taught to use an AK-47 then sent into battle.Shot in the back, dealing with illness and the relentless brutality of war, Deng's future was bleak. A child soldier must kill or be killed. But, after five years, he was rescued by his brother John and smuggled into a Kenyan refugee camp. With the support of the UN and help from an Australian couple, Deng and John became the third Sudanese family resettled in Australia.Despite physical injuries and ongoing mental trauma, Deng seized the chance he'd been given. Deng taught himself to read and, in 2005, he enrolled in a Bachelor of Laws at Western Sydney University.Songs of a War Boy is the inspirational story of a young man who has overcome unthinkable adversity to become a lawyer, refugee advocate and NSW Australian of the Year. Deng's memoir is an important reminder of the power of compassion and the benefit to us all when we open our doors and our hearts to those fleeing war, persecution and pain.
DETAILS

Title: Songs of a War Boy