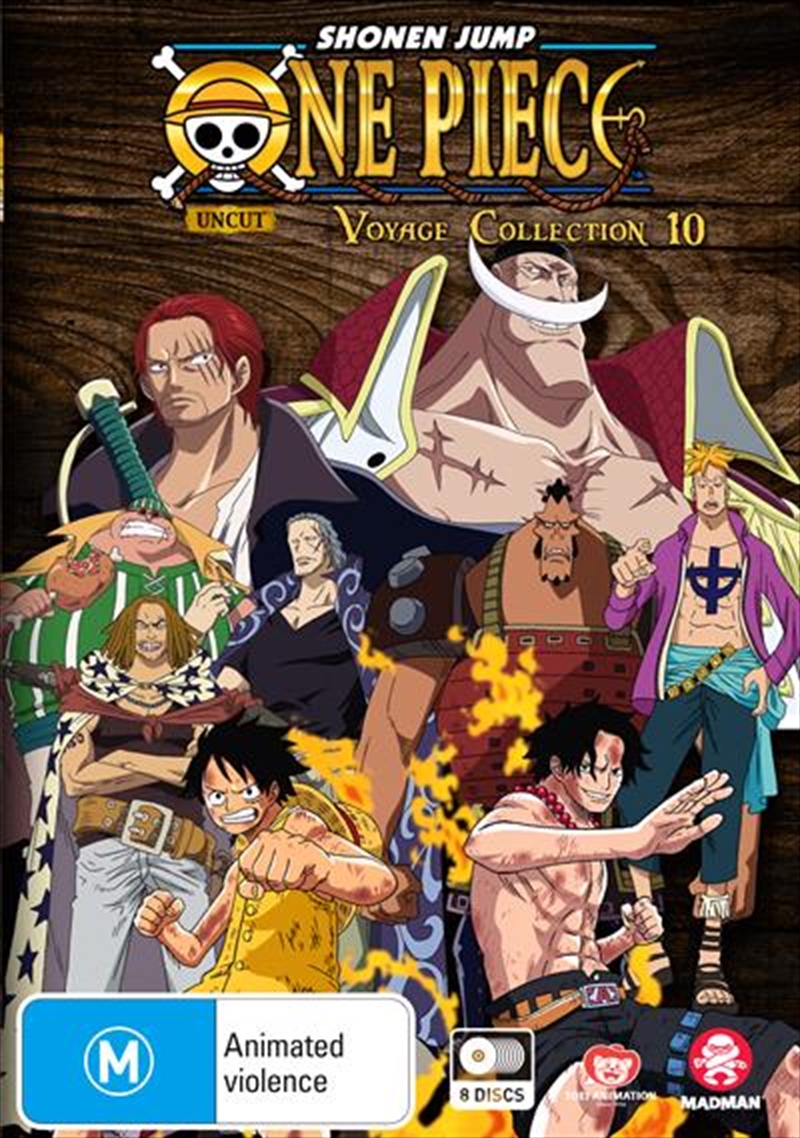 The race to save Ace!

Aces fate hangs in the balance as Luffy and his courageous allies emerge from their underwater odyssey!

Luffys bone-crushing battle with the Vice Warden of Impel Down comes to an abrupt halt when Blackbeard bursts upon the scene with a shocking announcement.

The Straw Hat captain quickly launches his attack mode into Second Gear, but even in such a furious state hes overpowered by Blackbeards Vortex. Elsewhere, Warden Magellan vows to stop the rubber-man in his tracks, but Ivan intervenes with a devastating Death Wink!

While the battle rages on, Jimbei turns a door into a boat, so Crocodile and Buggy can secure an escape vessel. The stage is set for a heroic rescue, but the journey will be anything but smooth sailing.

Luffy must don a waxy suit of armor for a final showdown with Magellan and his Venom Demon, and the survival of the entire rescue party depends on finding a way to slip unscathed through the heavily guarded Gate of Justice!