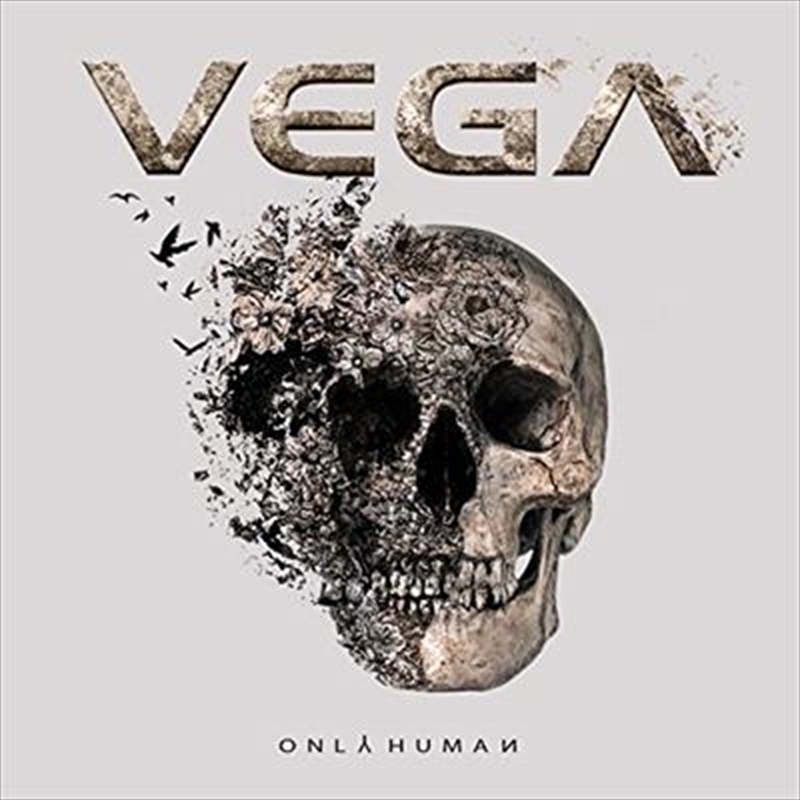 ONLY HUMAN is the fifth studio album from UK melodic rock stalwarts Vega. The band produced the album and also teamed up with the legendary Canadian musician and producer,

Harry Hess of Harem Scarem on mixing and mastering to bring their fans another gem of a melodic rock record!

If you're very lucky, there may be occasions in your life when you find a band and you realize you've discovered something a bit special. Sure we've all heard 'great' bands who release 'great' albums,

but VEGA is indeed a band that makes the hairs on the back of your neck stand up and give you that butterflies in your stomach excitement as you listen to the songs on an album for the first time!

"We wear our love of 80's rock music on our sleeve, but we also have injected our love of modern rock music to it. We aren't trying to rehash anything: the sound we have achieved is 100% VEGA.

We didn't want to try and guess what people expect and get it wrong," says singer Nick Workman.

Following the release of their fourth studio album, ‘Who We Are’ in 2016, Vega remained busy promoting that album before jumping right back into the studio to record the follow-up, ONLY HUMAN.