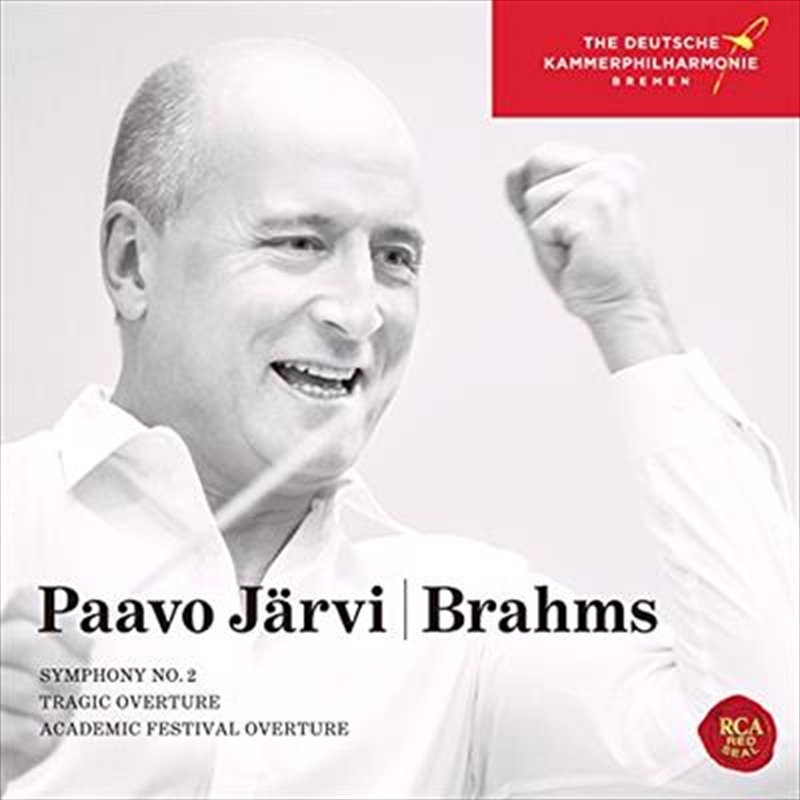 DESCRIPTION
Is it actually possible to produce a new interpretation of the Brahms symphonies, to bring them to life for today's public? Is it possible to re-interpret this music that is so dense and complex that even music scholars find it puzzling? Music whose composer elicits prejudices like melancholy, lack of humour and emotions sublimated to the point where they elude recognition. Certainly no simple task, it seems – and thus the perfect challenge for the “Bremen dream team” (Hamburger Abendblatt).
The orchestra and its conductor owe their breakthrough to the world's musical elite to the success of their Beethoven project, which kept them occupied for no less than six years. After this, they spent four years working on the Schumann symphonies, proving that miracles can be repeated, and giving music lovers another chance to hear familiar classics with completely new ears. The focus on this principle over a period of years enables them to penetrate the music and its composer's emotional world with great depth. To this is added inspiration from musicology and neurology, physiology and sociology. All these impulses are absorbed and processed in separate closed sessions held every year, thanks to the support of Bremen's Heinz-Peter & Annelotte Koch Foundation. And with every new rehearsal and every additional concert, even more variants are tried and further details worked out. At the end of this process, everyone involved has internalised the works to such an extent that the music heard in concert sounds as if it were improvised, and the resultant vivacity, authenticity and freshness is unparalleled anywhere in the world. Totally alert and with the maximum energy and concentration, no one concert resembles another. These features are as much the hallmark of the Bremen Beethoven as they are of the Bremen Schumann. They bring concerts and CD recordings alike applause from audiences and the critics, and prizes like the Echo Klassik, the Gramophone Award, the Diapason d’Or and the German Record Critics’ Certificate of Special Merit. In a ranking of all Beethoven recordings published by the Japanese magazine Record Geijutsu, the Bremen CD's came a clear first as the best Beethoven of all time, ahead of the recordings of legendary conductors like Toscanini, Karajan or Harnoncourt with orchestras such as the Berlin, Vienna or New York Philharmonic.

The basis of this success lies in the unique combination of conductor and orchestra, and in the mutual liking and respect for each other's individual qualities. The Deutsche Kammerphilharmonie Bremen has been thoroughly familiar with historic performing practice since the early days of the movement, and is a master at the art of playing without a conductor. Paavo Järvi grew up in a family of conductors and learnt at first hand what it means to conduct an orchestra, and how much discipline, ambition, curiosity and experience it takes to achieve new insights into familiar classics.

With the same dedication they brought to Beethoven and Schumann, The Deutsche Kammerphilharmonie Bremen and Paavo Järvi now turn their attention to the symphonies and overtures of Johannes Brahms. Once again, only after intensive rehearsals and closed sessions did they accept invitations to appear in New York, Amsterdam and Istanbul, for example, and at the Schleswig-Holstein Music Festival and the Bonn International Beethoven Festival. And their success with Brahms exceeded all expectations. »A Brahms revelation« was the headline in the New York Times to a review that went on to declare »With risk came reward in this dark and ultimately triumphant reading of Brahms’s Symphony No. 2 from Paavo Järvi and his virtuosic orchestra.« Complete Brahms cycles were given to great acclaim in Tokyo, Vienna, St. Petersburg, at the Rheingau Music Festival and at the festival in Lanaudière (Canada). Only with the experience gained in these many concerts and the resulting certainty that they had something im
DETAILS