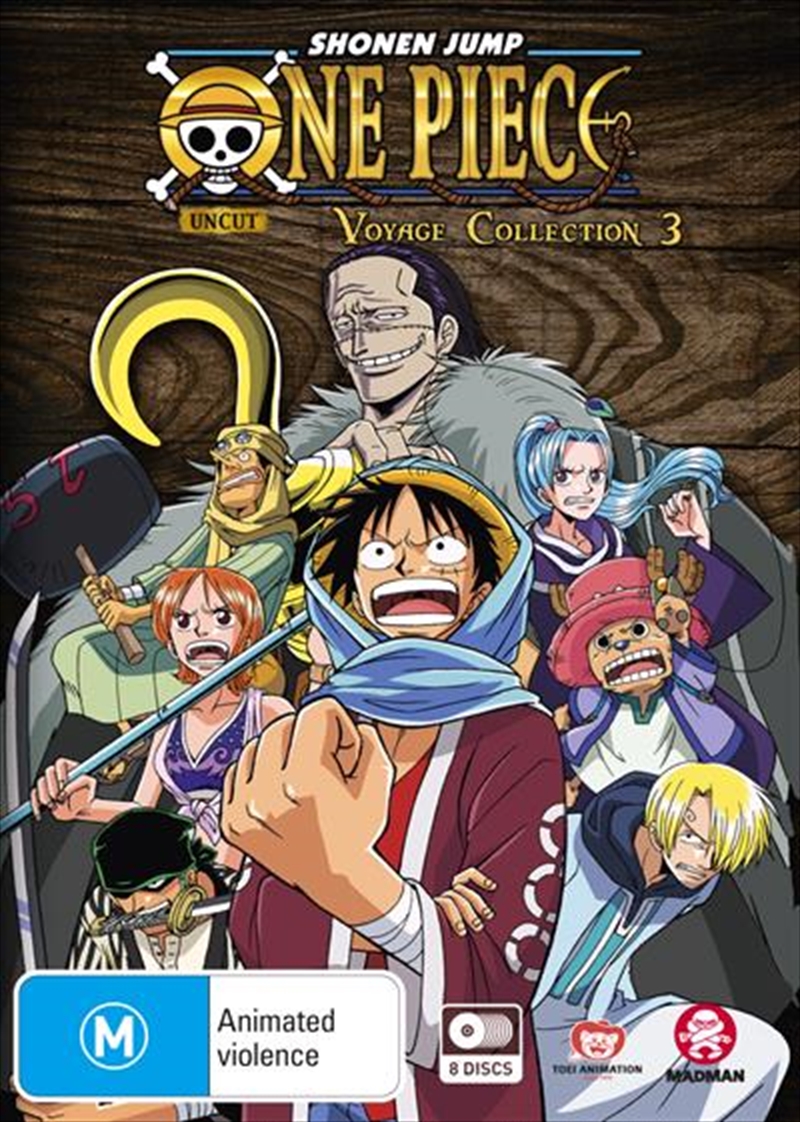 The Straw Hats crossed a desert to defend the kingdom of Alabasta, but the real adventure is about to begin! Crocodile and his army of assassins set their sights on King Cobra's empire, Luffy and his mates get locked in the clink, and a regal imposter leads Vivi's people towards a bloody uprising. Lucky for Luffy, Sanji and Chopper are still on the loose, and they've got a plan to spring their captain from the jaws of ravenous reptiles! While Princess Vivi struggles with the most difficult decision of her life, Monkey D. Luffy takes on the dastardly Crocodile in a deadly desert showdown!
TRAILER
DETAILS