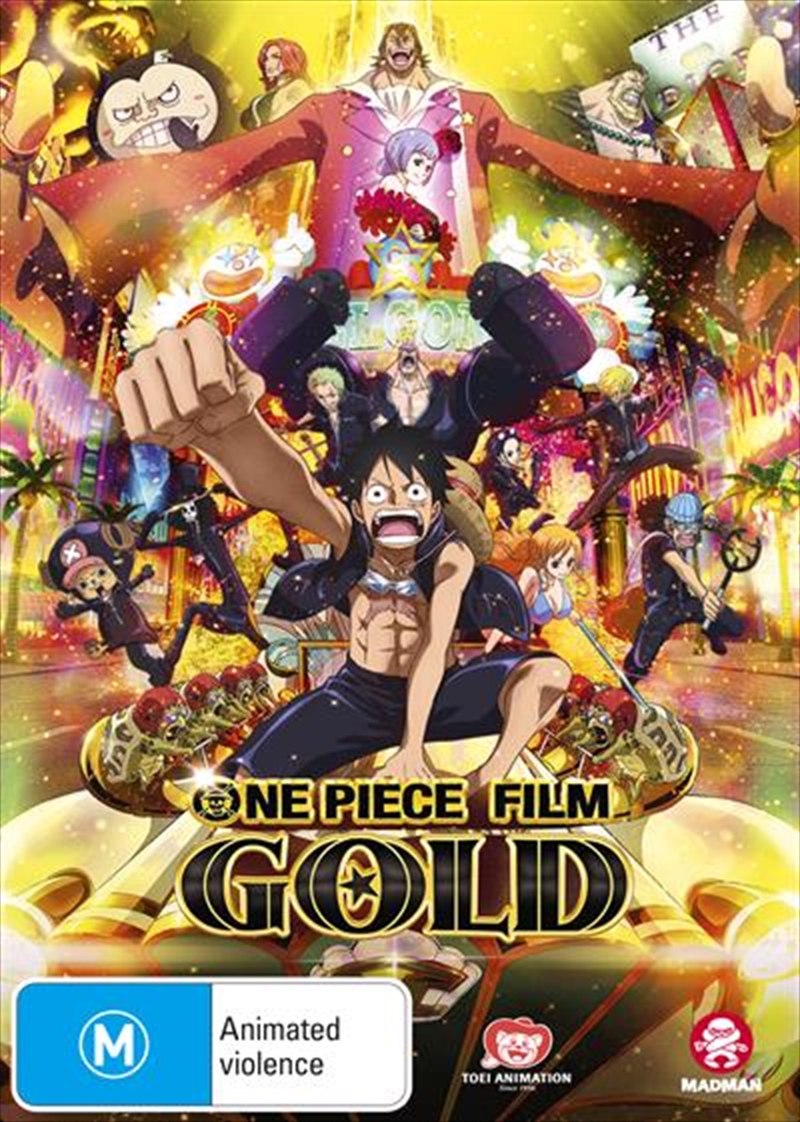 One Piece follows the adventures of Monkey D. Luffy, a young man whose body gains the properties of rubber after unintentionally eating a Devil Fruit. With his diverse crew of pirates, named the Straw Hat Pirates, Luffy explores the grand line in search of the worlds ultimate treasure known as the One Piece in order to become the next King of the Pirates. The 13th One Piece movie, One Piece Film: Gold is set in Gran Tesoro, an independent country chartered by the World Government and home of the worlds greatest entertainment city where well-known pirates, Marines, and millionaires throughout the world gather in an absolute sanctuary where even the World Government cant touch. There, Luffy and the Straw Hat Pirates meet the ruler of the country, the golden emperor, Gild Tesoro, who easily wins all over to his side with his substantial fortune. However, he is about to raise the stakes to satisfy his bottomless ambition, which may result in dire consequences for the New World
DETAILS