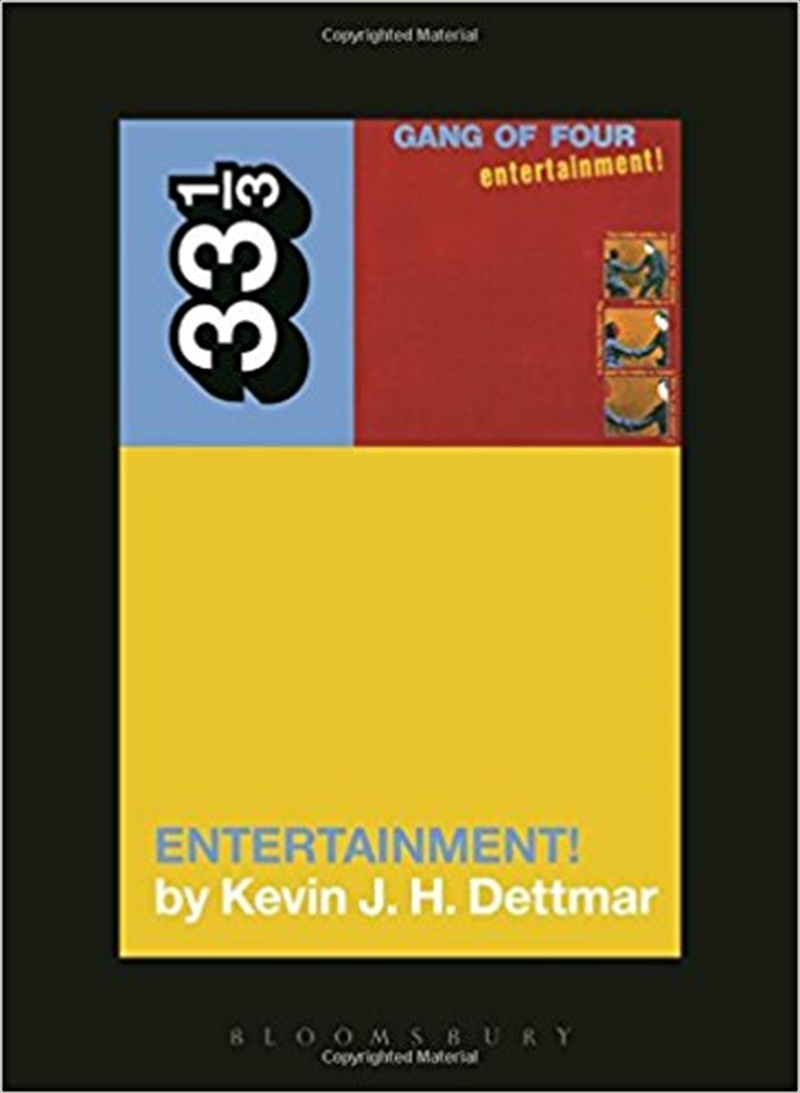 Shipping - See delivery options.
Postcode:
Quantity:
SEE MORE IN:
Books About Music & Entertainment
Following hard on the explosion of British punk, in 1979 Gang of Four produced post-punk's smartest record, Entertainment! For the first time, a band wedded punk's angry energy to funk's propulsive beats and used that music to put across lyrics that brought a heady mixture of Marxist theory and situationism to exposing the cultural politics of everyday life.
But for an American college student from the suburbs and, one expects, for many, many others, including British youth Jon King's and Andy Gill's mumbled lyrics were often all but unintelligible. Political rock 'n' roll is always something of an oxymoron- rock audiences by and large don't tune in to be lectured to. But what can it mean that a band that made pop songs as political theory actively resisted making that theory legible?
Coming to terms with the impact of Entertainment! requires us to take the mondegreen the misunderstood lyric seriously. The old joke has it that the title of R.E.M.'s debut album should have been not Murmur, but Mumble- true, so far as it goes. But that's the title, too, of rock 'n' roll's Greatest Hits compilation and that strategic inarticulateness itself, which creates such an important role for the listener, has an important politics.