A Tribute To Mario Lanza 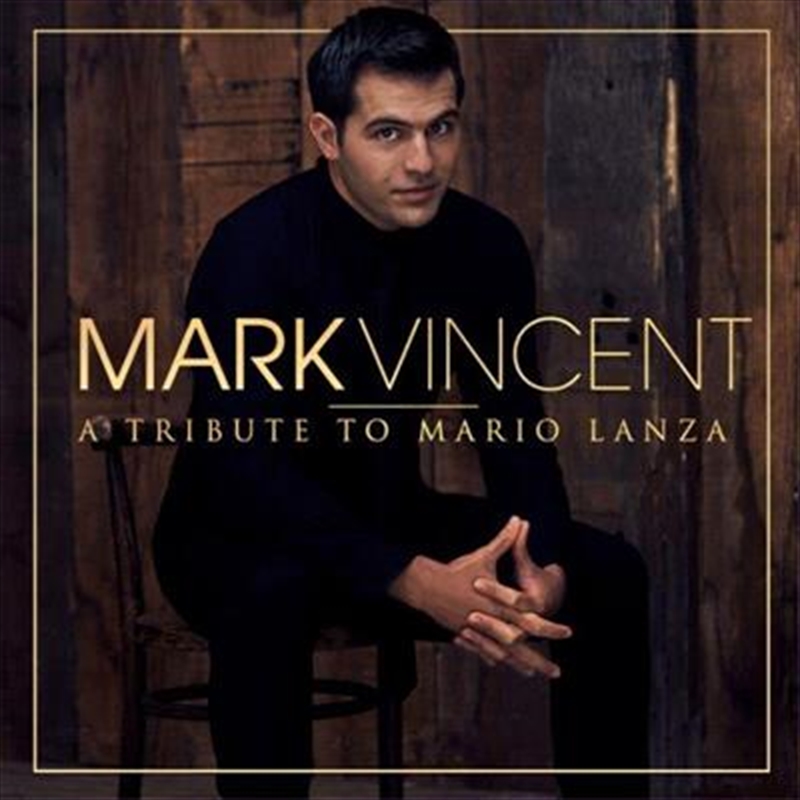 A Tribute To Mario Lanza

Eight years after he won Australia’s heart and went on to record seven chart-topping albums with worldwide sales exceeding half a million units, Mark Vincent is about to set a new benchmark: a ‘virtual duet’ with one of the giants of the Golden Age of Hollywood, Mario Lanza.

In his forthcoming album, A TRIBUTE TO MARIO LANZA, Mark sings alongside Mario in ‘Because You’re Mine,’ one of the legendary movie star’s biggest hits. Re-mastered and re-edited, the song, taken from the MGM musical of the same name, is given a fresh and brilliant new dynamic with the addition of Mark's rich tenor tones.

Like Mark, Mario Lanza was a handsome tenor frequently compared to Enrico Caruso, who inspired him and whom he portrayed in The Great Caruso, the top grossing movie of 1951. Lanza died in 1958, just 10 years after he made his Hollywood debut. By then he was the most famous tenor in the world, adored by millions around the world.

“It's an amazing thrill to be singing with the greatest tenor of his time,” Mark says, “I feel, in a humble way, I am simpatico with him. We were both brought up in Italian families - he was raised in Philadelphia - where there was a lot of love, but also a lot of hard times. That seems to go with the territory. As a kid, Caruso performed in cafes, singing Neapolitan favourites. I sang for customers at my grandfather Bruno's pizza shop from the age of five. For tenors, apparently, it's never too soon to start!”

Ellisa Lanza Bregman, Mario Lanza’s daughter, has given her imprimatur to Mark and the album, “As the trustee of my father's legacy, his reputation, and his memory, I'm pleased to allow his recorded voice to be joined on this historic recording by the exciting young Australian tenor, Mark Vincent. Like all artists, tenors are competitive, but they share a special bond: a heritage that goes back to Caruso and a mutual acknowledgement of the artistic links that influenced their careers. Mario Lanza, my father, also grew up listening to Caruso's recordings. Eventually he came to be compared to him. In turn, Pavarotti, Domingo, Carreras and many other artists -- Frank Sinatra and Elvis Presley among them -- told of their love of Mario Lanza and how he had inspired them.

Mark Vincent, I wish you every success and I know that this unique recording will be sought after and cherished by music lovers everywhere.” Mark Vincent stole headlines in 2009 when he won Australia’s Got Talent. Since then he has accrued seven back-to-back #1 albums on the ARIA Classical chart and sold out national headline tours. Now, in addition to the release of A TRIBUTE TO MARIO LANZA, Vincent stars in the Julie Andrews’ stage production of My Fair Lady, touring Australia nationally this year.

Title: A Tribute To Mario Lanza

1. Because You’re Mine Because You're Mine (Mark Vincent & Mario Lanza)

6. Loveliest Night of the Year