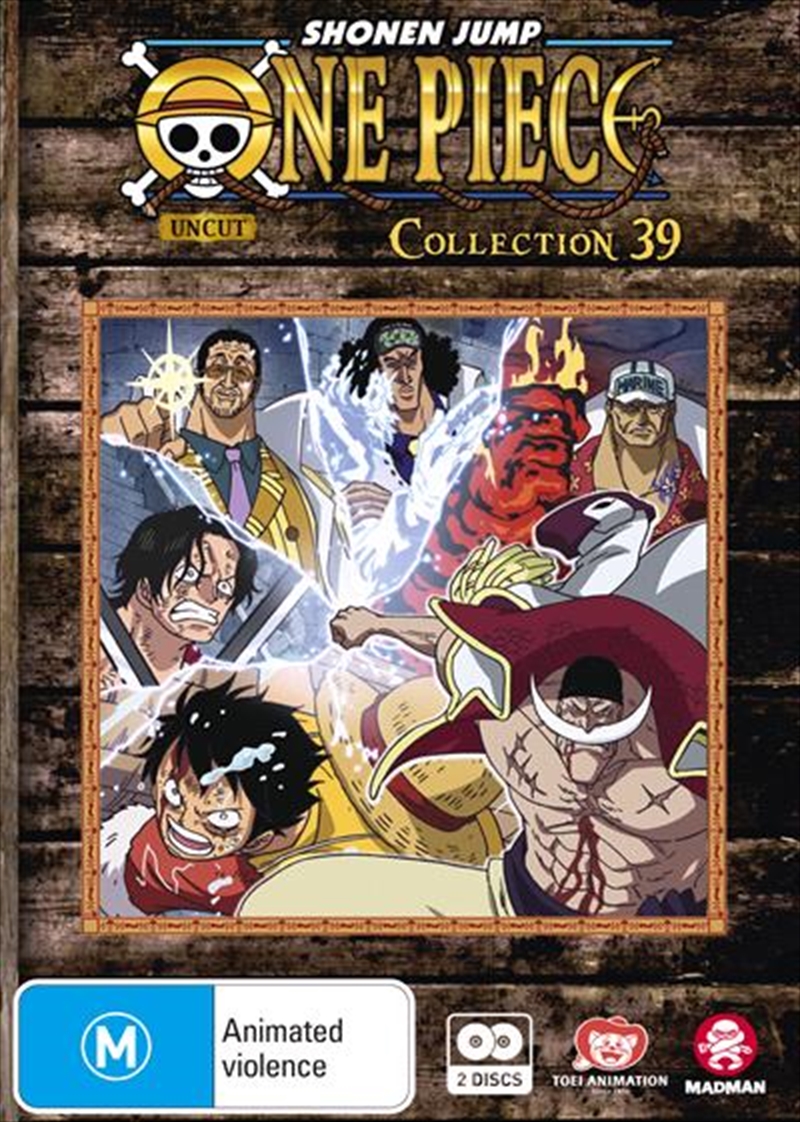 A bold rescue plan turns into a Navy trap! As Luffy and his pirate allies advance across the bay of Marineford to save Ace, the government unleashes a deadly surprise - a powerful squad of living weapons - the Pacifistas. Just as the pirates doom seems assured, Whitebeard reveals a trick up his sleeve - a hidden ship that rises from the depths to carry them toward the only breech. The Whitebeard Pirates, along with Luffy and his allies, meet the Navy forces led by the three Admirals, in a vicious, explosive, no-holds-barred clash at the base of Aces execution platform. Whitebeard is faltering. Luffy can barely move. And Luffys grandfather, Vice Admiral Garp, blocks the way. Can the pirates rescue Ace against all odds?
DETAILS