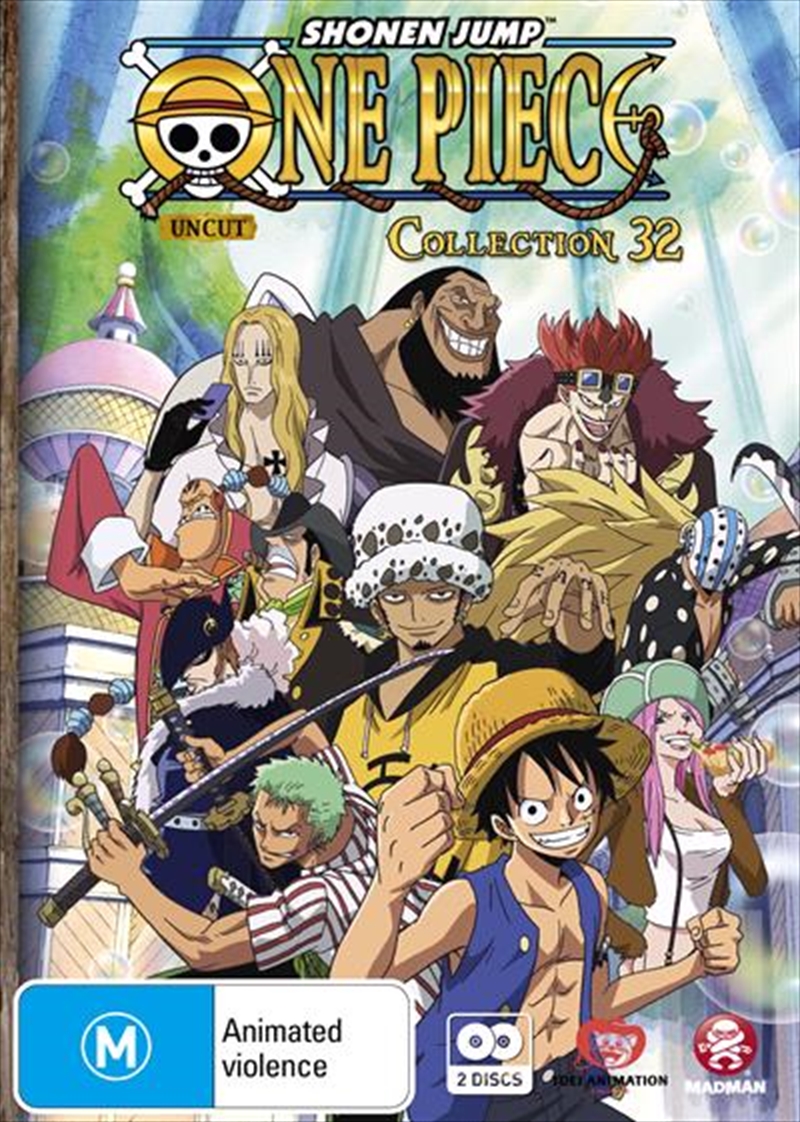 Buoyed by the addition of a new crew member, the Straw Hats steer their quest for adventure into the dangerous waters of the Red Line! Sanjis meets his dream girl when the crew crosses paths with Camie, a beautiful mermaid in distress! Luffy agrees to help Camie save her best friend, but the rescue is quickly complicated by surly sea monsters, dive-bombing flying fish, and a foe with an eerily familiar face. The situation gets even stickier when the friend in need of rescue turns out to be a gilled goon from Namis dark past! Nevertheless, Luffy proves to be a man of his word and unveils some new tricks in a toe-to-toe brawl with a giant brute of a bull. Once the dust settles, the Straw Hats drop anchor at an island bursting with bubbles in the hopes of equipping their ship for underwater travel! But when Camie is kidnapped, job number one becomes saving their newest friend from the cruel clutches of the Celestial Dragons!
TRAILER
DETAILS