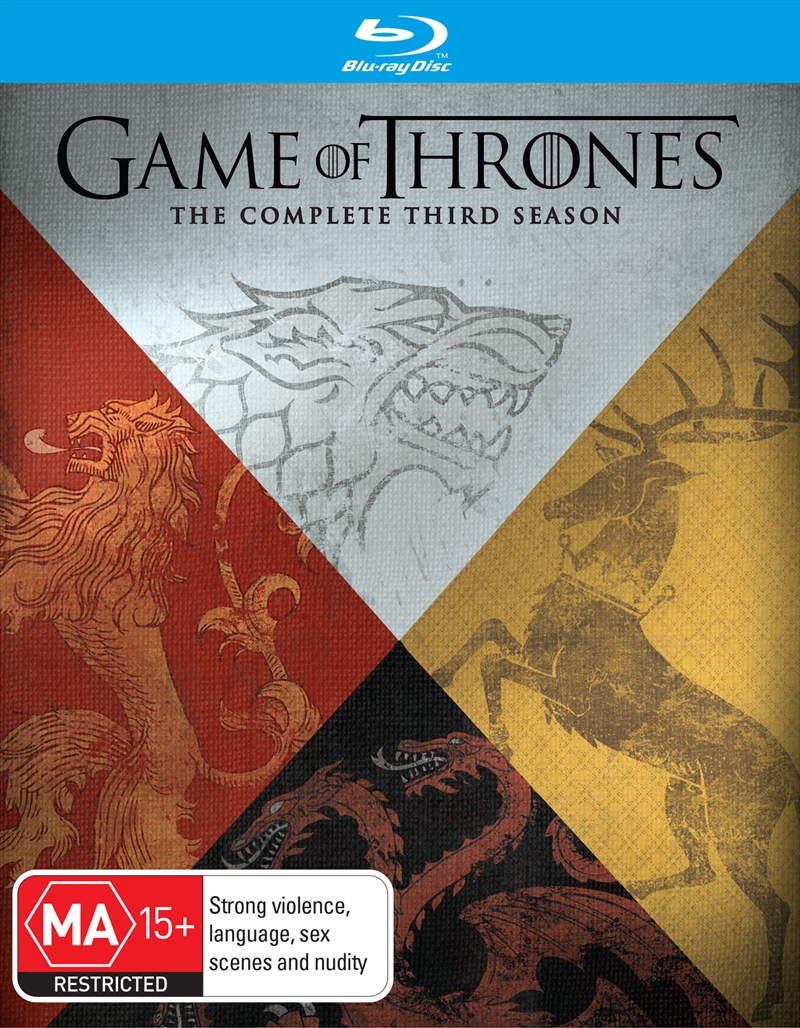 In the third season of the hit HBO® drama series Game of Thrones, the Lannisters are barely holding onto power after a savage naval onslaught from Stannis Baratheon, while stirrings in the North threaten to alter the overall balance of power in Westeros. Robb Stark, King in the North, is facing major calamity in his efforts to build on his victories over the Lannisters while beyond the Wall, Mance Rayder and his huge army of wildlings continue their inexorable march south. Across the Narrow Sea, Daenerys Targaryen - reunited with her three fast-maturing dragons - attempts to raise an army to sail with her from Essos, in hopes of eventually claiming the Iron Throne.

Histories & Lore - Learn about the mythology of Westeros as told from the varying perspectives of the characters themselves.

The Rains of Castamere Unveiled - Get an in-depth look at the creation of the most pivotal episode of Season 3 in this comprehensive exposé featuring cast and crew.

Roots of Westeros - Explore the interconnected web of relationships, rivalries, and conflicts between the noble houses of Westeros with this interactive guide.