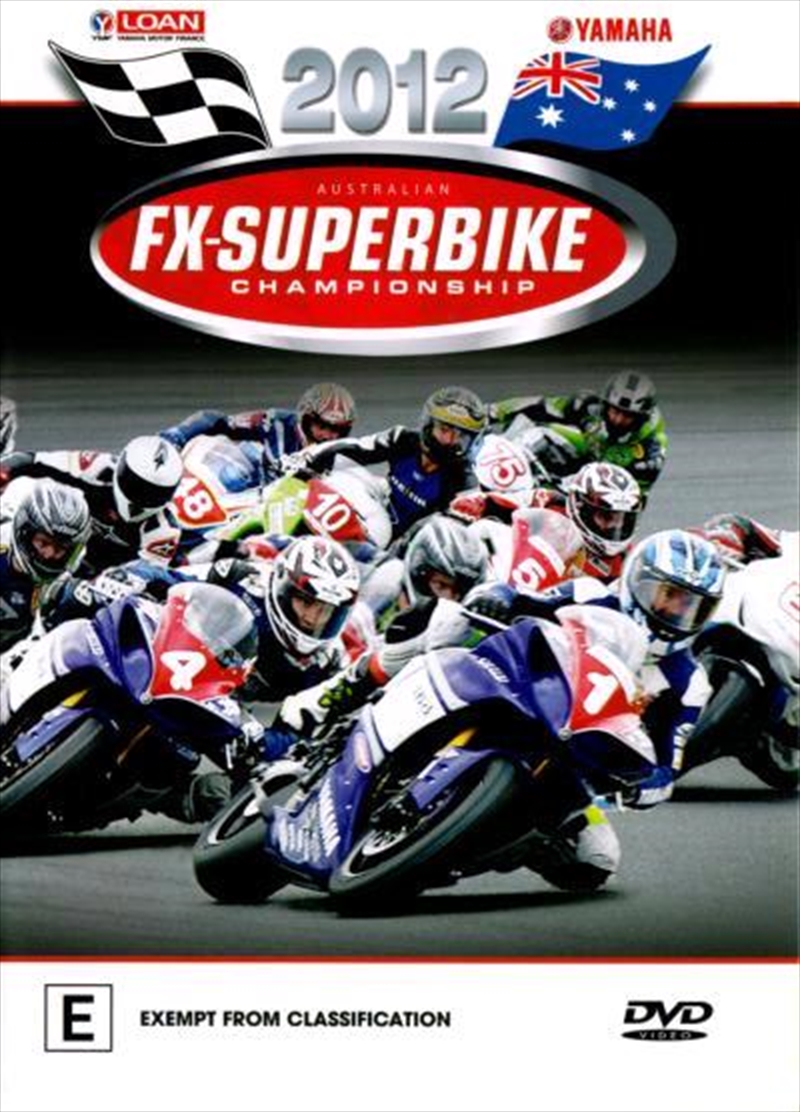 Shipping - See delivery options.
Postcode:
Quantity:
SEE MORE IN:
Australian Movies
Here's your chance to re-live all six rounds of the 2012 Australian FX-Superbike Championship over almost two hours of non-stop motorcycle racing. In a feat of incredible endurance and courage, defending FX-Superbike champion Kevin Curtain rode through the pain of a broken sternum on his Yamaha to secure the 2012 title. At the penultimate round in Winton in rural Victoria, Curtain put his championship aspirations in serious jeopardy when he fell at the water-laden circuit, receiving a heavy hit to the chest. With only four weeks to get back into shape, Curtain was unable to do any preparation for the final round at Sydney Motorsport Park (formerly Eastern Creek Raceway) and showed up hoping his battered body could last out the weekend. The focus wasn't on the round, but rather securing another championship and, as usual, Curtain was all business and was able to return the both the FX-Superbike and FX600 titles to the Yamaha Racing with the IPhone team. In the premier Australian FX-Superbike Championship, Curtain posted 2-3 results in the first two races not featured on this DVD, and with some issues to his nearest rivals, he was able to claim the championship win with one race to spare. It was a heroic performance from a hero of Australian road racing. So sit back for the ride of your life as we revisit all six rounds of the 2012 Australian FX-Superbike Championship.