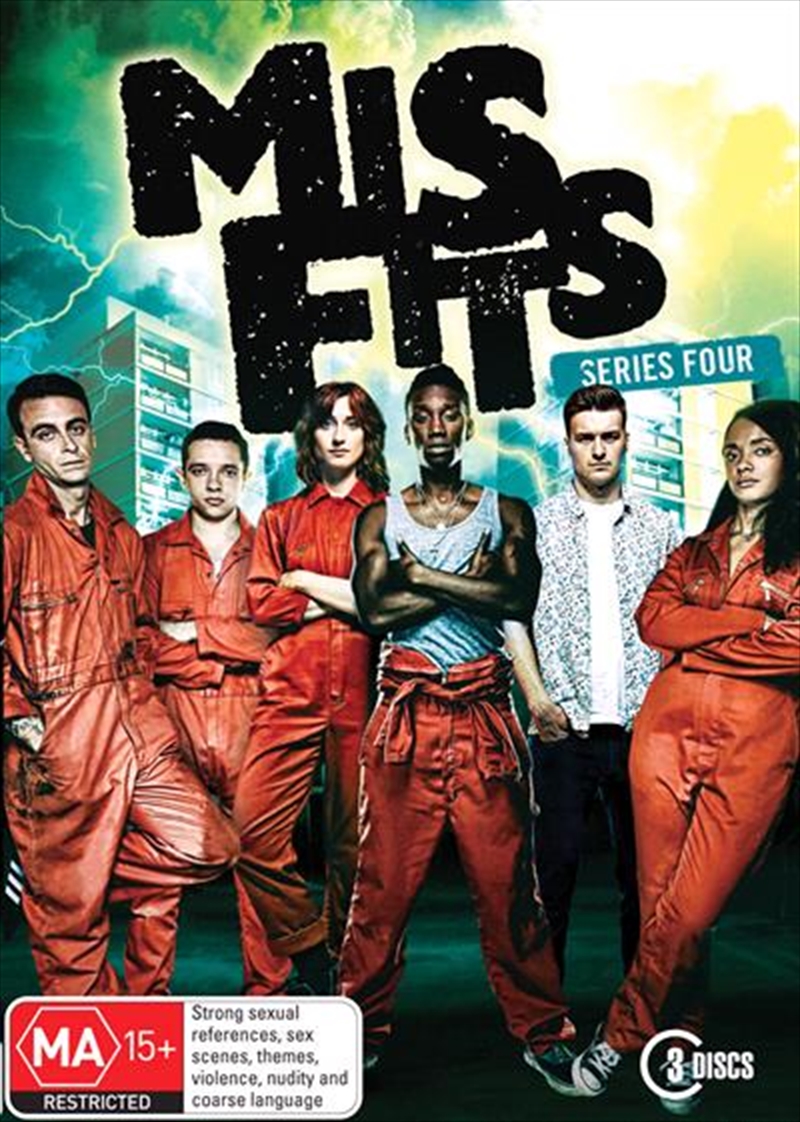 Being a super hero has never been such a pain

Our favourite ASBO superheroes are back. New guys Finn and Jess join old favourites Rudy, Curtis and Seth for a power-crazed fourth series. Do the new Misfits have any new A-list powers? Well, kind of. Jess has X-ray vision and Finn has telekinesis although he finds it a challenge to move even a cup of tea. And keeping our gang on the straight and narrow, or at least trying to, is new probation worker Greg with a set of warped moral guidelines and an incredibly short fuse. While adapting to life on community service, Finn tries to save his relationship with girlfriend Sadie a relationship that has taken a superpower twist. Jess falls for mysterious, sexy barman Alex who seems to be harbouring a dark secret. And its time to say a final goodbye to an old gang member, before all hell quite literally breaks loose with the arrival of the Four Horsemen of the Apocalypse. The futures bright. The futures still a dirty shade of orange. As seen on ABC2.