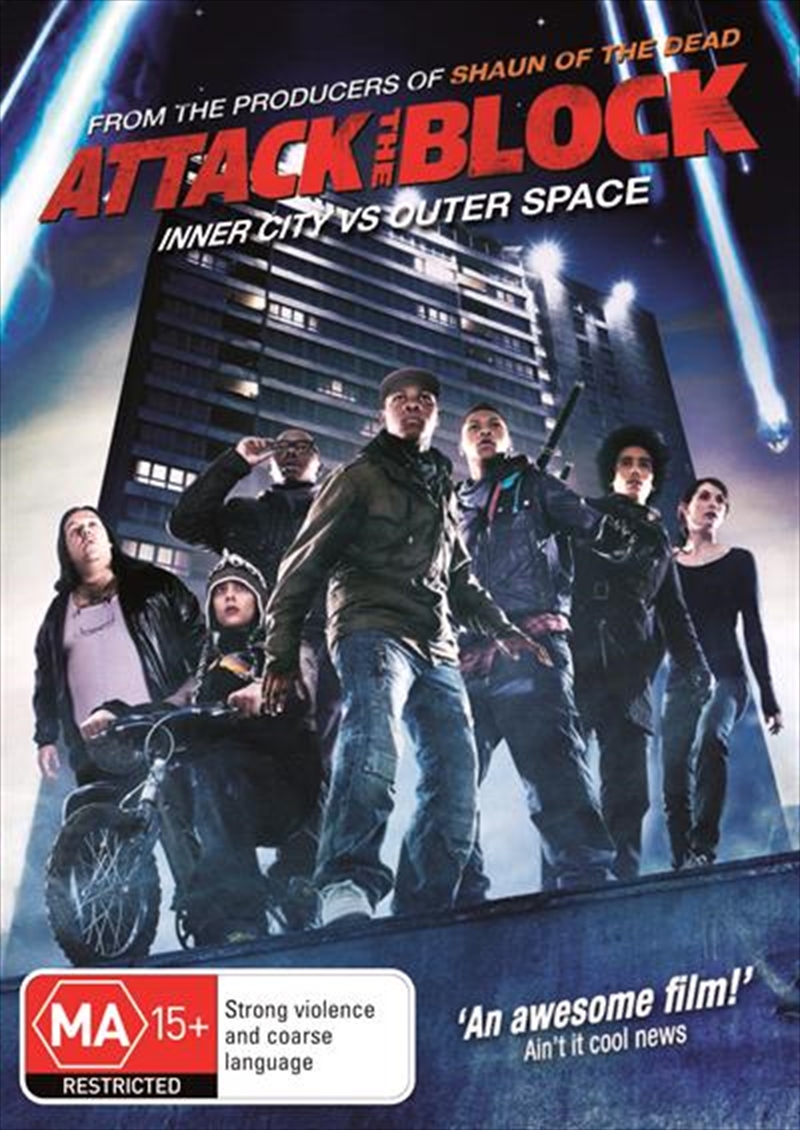 It's inner city versus outer space and HARRY BROWN meets WAR OF THE WORLDS when aliens drop in on a London housing project and the only line of defence against the extraterrestrial invaders is a group of teenage hoodlums. The sci-fi comedy ATTACK THE BLOCK begins as trainee nurse Sam is walking home and is robbed by a gang of hooded youths. She's saved when the gang are distracted by a bright meteorite, which falls from the sky and hits a nearby parked car. A small alien creature leaps from the wreckage and the gang chase and kill it, dragging its ghoulish carcass to the top of the blockbut bigger, more savage beasts are on the way and the estate is about to become a battleground.
TRAILER
DETAILS