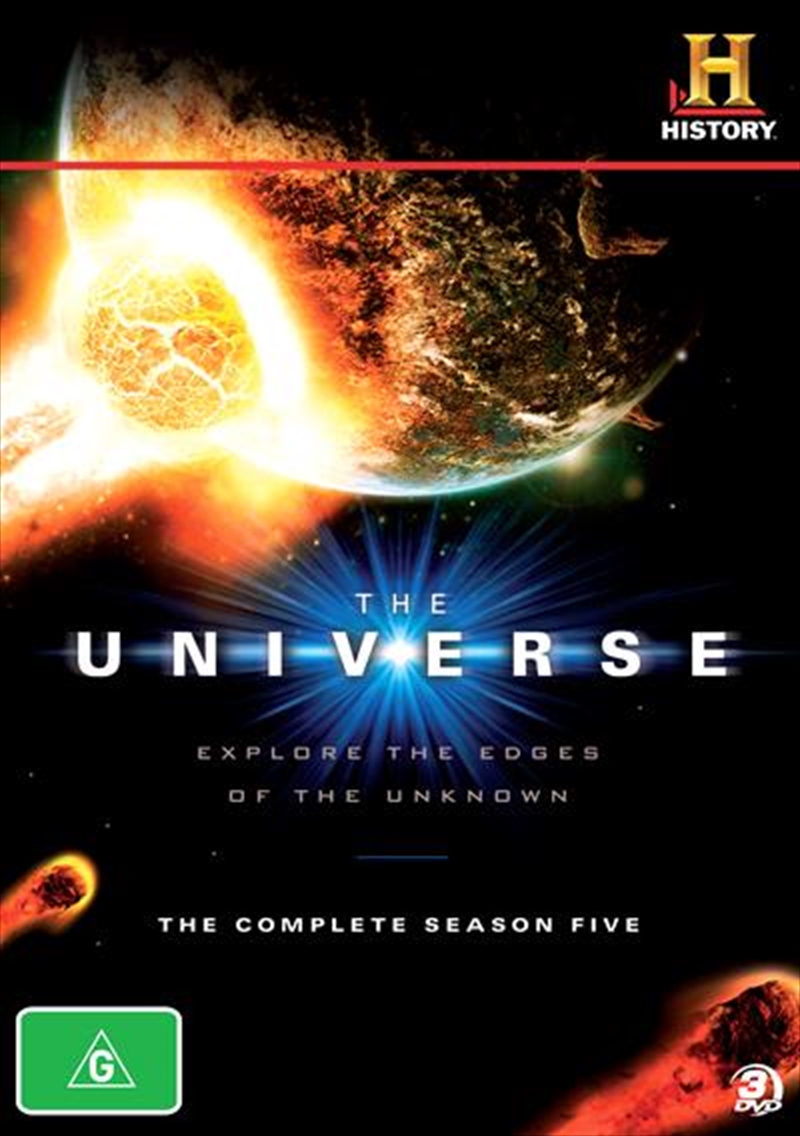 DESCRIPTION
Its been 50 years since man ventured into the unknown, and the heavens are only now yielding their greatest secrets. Follow in the galactic path of THE UNIVERSE, which this season leads us even further into the world beyond our own. From robotic rovers on Mars to NASA probes slamming into comets and deep space telescopes capturing violent images of the birth of stars, season five of this illuminating HISTORY series explores how these discoveries were made and who made them. Dramatic CGI and interviews with expert cosmologists, astronomers and astrophysicists bring the history of the heavens down to earth and provide a glimpse into our future. THE UNIVERSE: THE COMPLETE SEASON FIVE includes all 8 episodes on 3 DVDs.
DETAILS