Bridge On The River Kwai, The 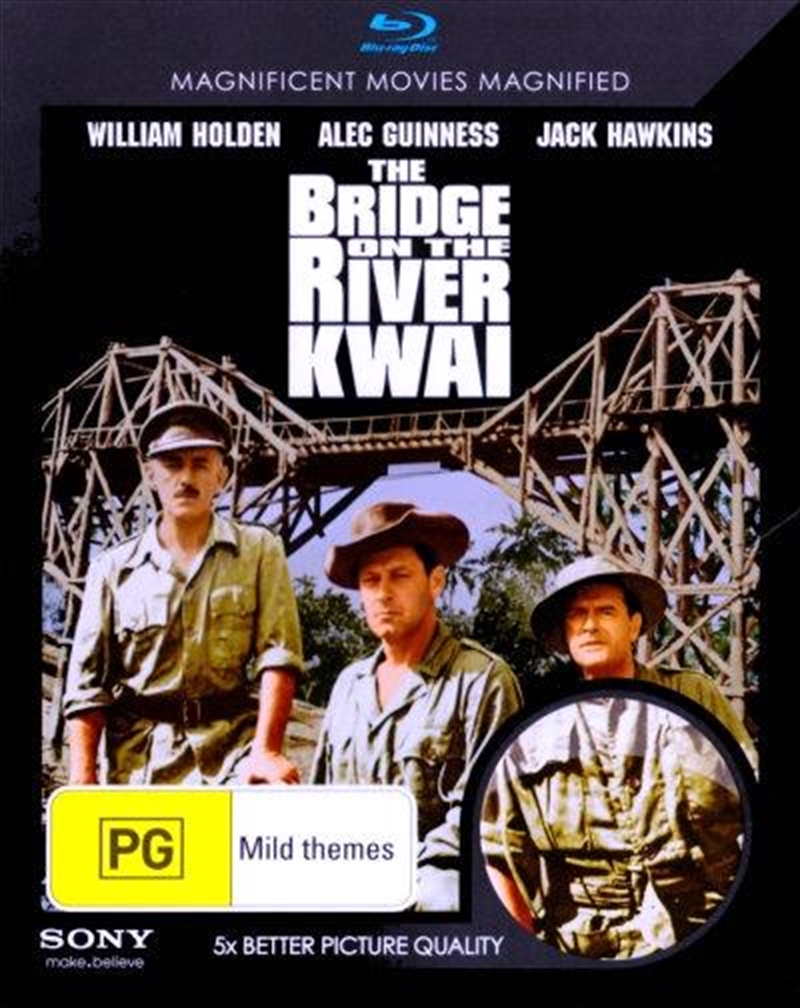 Bridge On The River Kwai, The

Shipping - See delivery options.
Postcode:
Quantity:
SEE MORE IN:
3 for $30 Movies & More
DESCRIPTION
When British P.O.W.s build a vital railway bridge in enemy-occupied Burma, Allied commandos are assigned to destroy it in David Lean's epic World War II adventure based on Pierre Boulle's novel. Spectacularly produced, this winner of seven 1957 Academy Awards including Best Picture, Best Director and Best Actor (Alec Guinness), remains one of the best war films ever made and one of the greatest cinematic experiences of all time.
TRAILER
DETAILS

Title: Bridge On The River Kwai, The