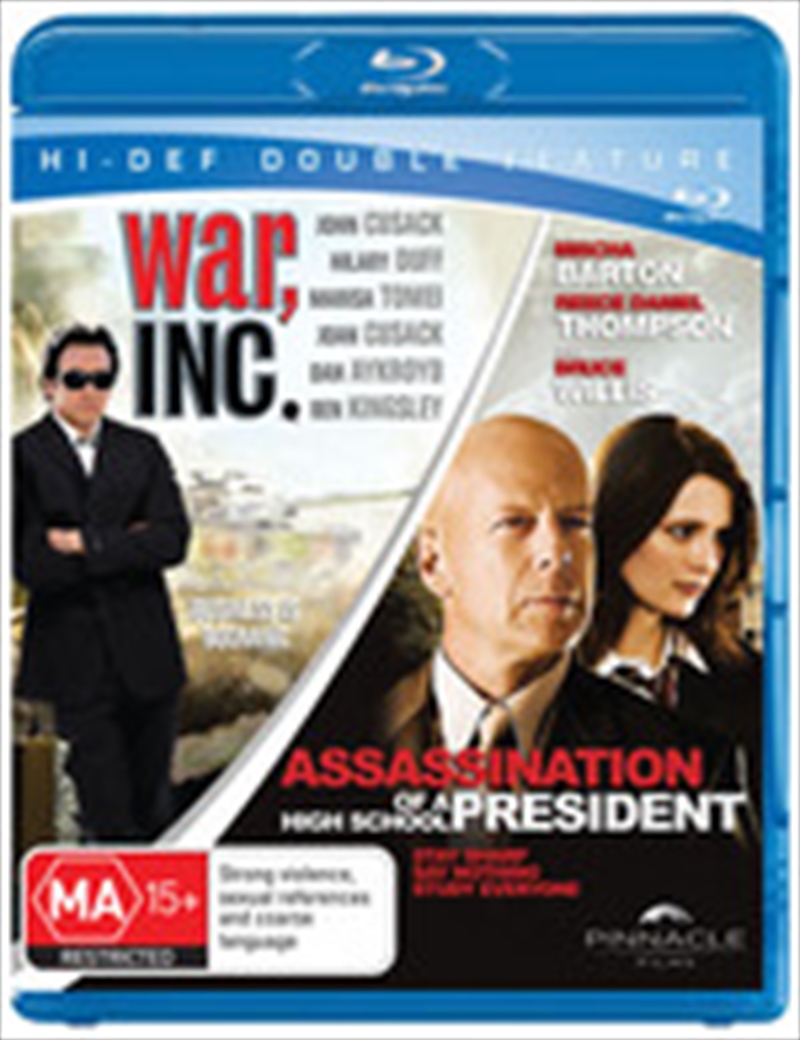 Shipping - See delivery options.
Postcode:
Quantity:
SEE MORE IN:
$5 Movies & More
War Inc.
A political satire set in Turaqistan, a country occupied by an American private corporation run by a former US Vice-President (Dan Aykroyd). In an effort to monopolize the opportunities the war-torn nation offers, the corporations CEO hires a troubled hit man (John Cusack) to kill a Middle Eastern oil minister. Now, struggling with his own growing demons, the assassin must pose as the corporation's Trade Show Producer in order to pull off this latest hit, while maintaining his cover by organizing the high-profile wedding of Yonica Baby Yeah (Duff), an outrageous Middle Eastern pop star, and keeping a sexy left wing reporter (Tomei) in check.

Assassination Of A High School President
Stolen SATs at St. Donovan's have sophomore geek, Bobby Funke playing investigative reporter. When Funke uncovers the "truth", his story lands on the front page of the paper and he discovers that his acts don't line up and soon he becomes part of the story and centre of the investigation.