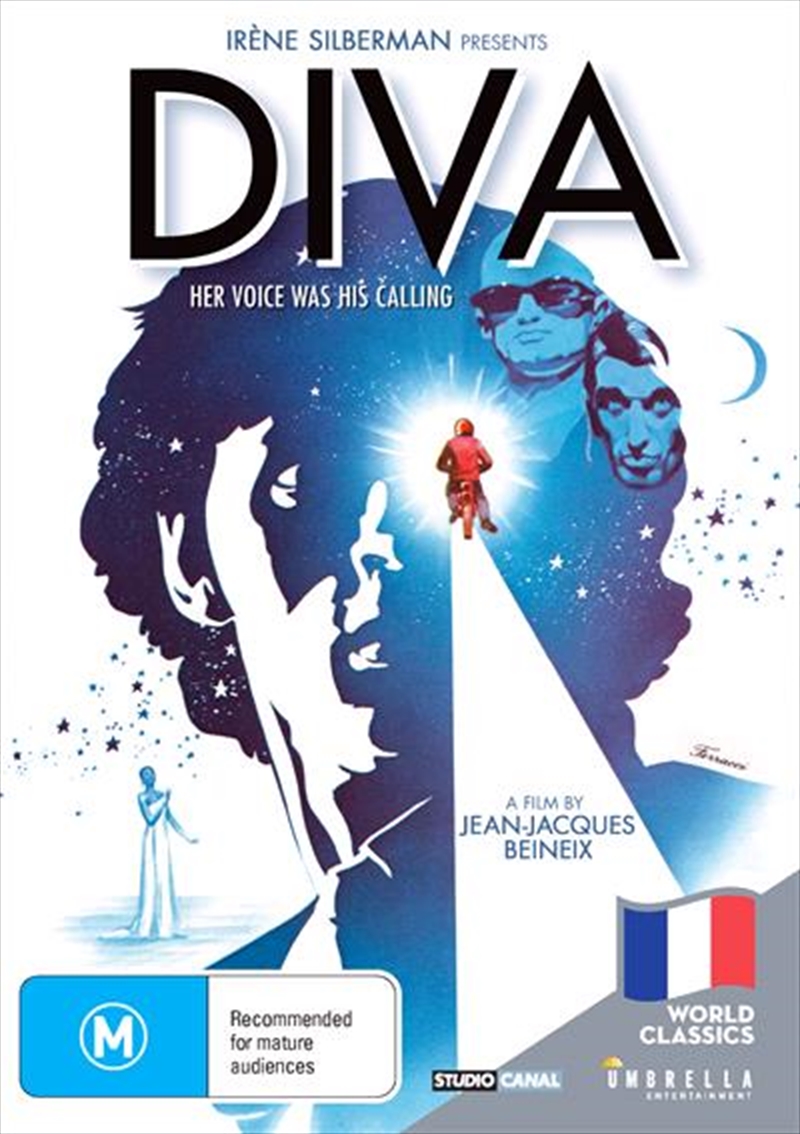 SEE MORE IN:
Hottest Pre-Orders
DESCRIPTION
Her voice was his calling.

Acclaimed French filmmaker Jean-Jacques Beineix (Betty Blue) set the international cinema scene abuzz with his debut feature, an innovative cult thriller about a hapless messenger surviving a farrago of missteps and misadventure over his obsession for a beautiful American opera singer. When young messenger Jules (Frederic Andrei) makes an illegal recording of a famed opera singer's live performance he becomes inveigled in a madcap chase,pursued bya gang of Taiwanese music pirates and mistaken by a team of ruthless assassins. His life isturned upside down as he survives the thrills and spills of the unpredictable and unforgettable Parisian underworld. An ingenious mix of comedy, romance and action DIVA is considered one of the most influential thrillers of the last twenty years. As stylish as ever DIVA remains a pivotal film that helped launched the Cinema Du Look movement and announce Beineix as a bold new talent in world cinema.
DETAILS