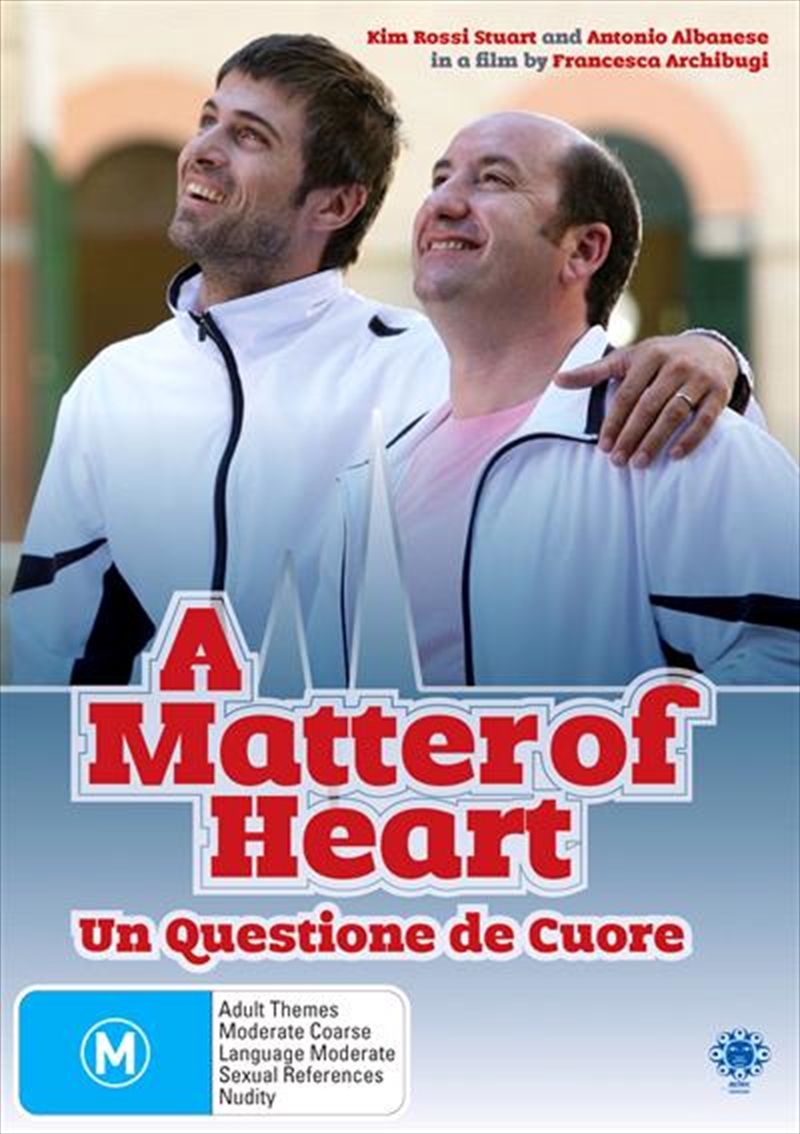 Shipping - See delivery options.
Postcode:
Quantity:
Angelo and Alberto strike up a close friendship in hospital after suffering a heart attack. They are both Romans, but they live very different lives one a script-writer, one a mechanic. Their near brush with death gives them a whole new outlook on life. But the return to reality is difficult for each in unique ways. Francesca Archibugis mature film maintains a fine line between the drama that affects so many lives daily, and the infectious humour, and enthusiasm of the protagonists. And the working neighbourhoods of Rome are as much a character of the film as Angelo, Alberto and their families are.A charming, passionate film that affirms the simplest aspirations for a life well-lived health and happiness.

Title: A Matter Of Heart