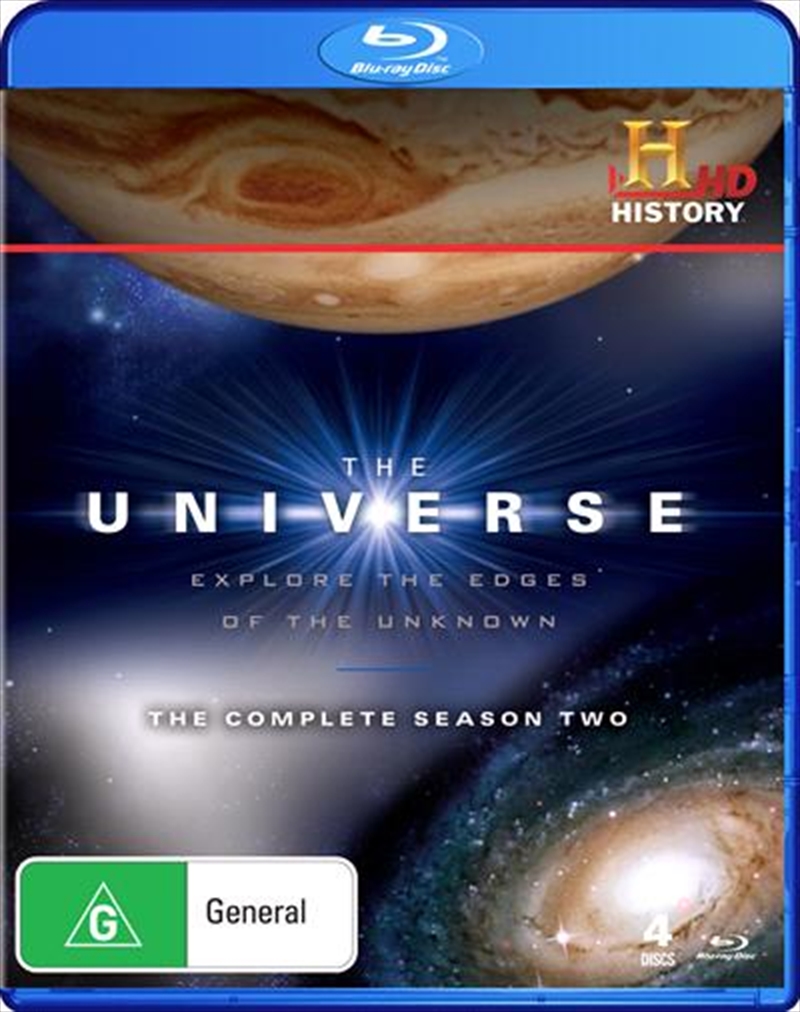 We once considered ourselves to be at the center of the universe now we know that weare just a small spec in a giant cosmos. This season, HISTORY ventures outsides of oursolar system in another epic exploration of the universe and its mysteries. With strikinglyrealistic computer re-creations, youll feel like youve traveled to the edge of the unknown:visit strange and unfamiliar worlds in Exoplanets, prepare for the worst in CosmicCollisions, and uncover the secrets of our own galaxy, the Milky Way. And thats just thebeginning learn exactly what Dark Matter is and how it takes up 95% of the universe;take a front-row seat for the ultimate light show with Supernovas; and while most peoplehave heard of black holes (which swallow all matter that they come in contact with), find outmore about White Holes which actually create matter.