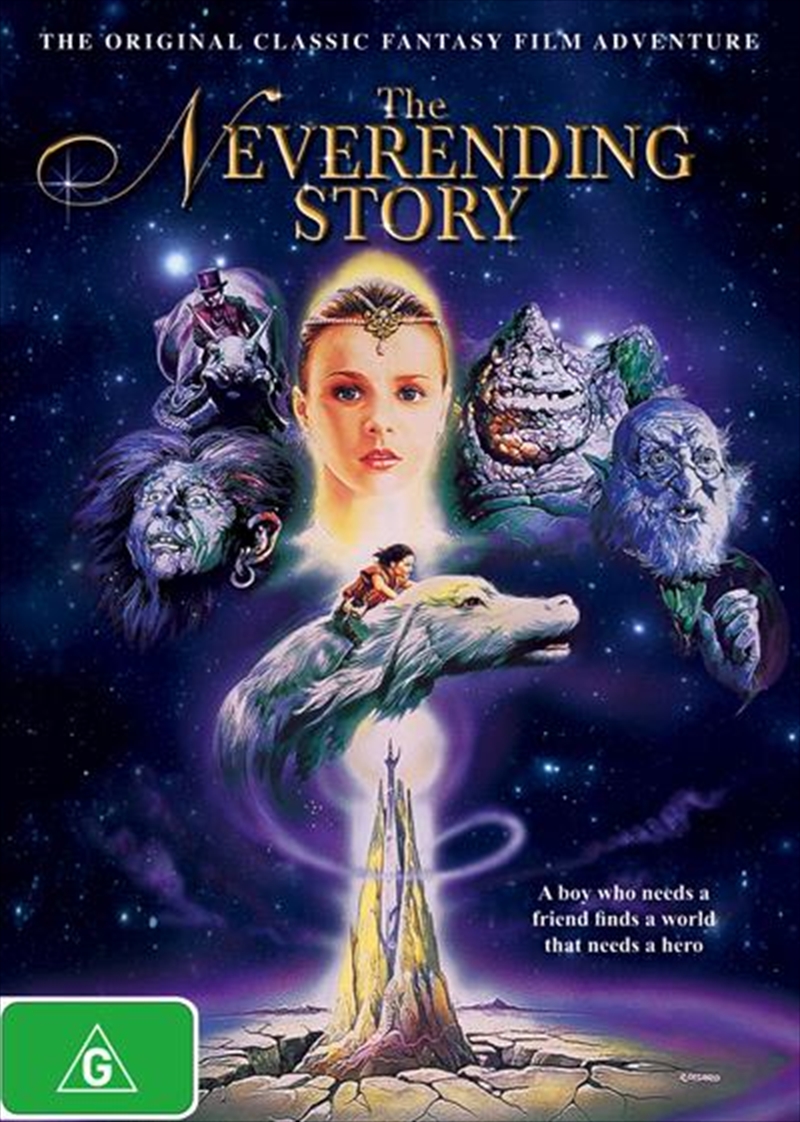 Shipping - See delivery options.
Postcode:
Quantity:
SEE MORE IN:
3 for $20 Movies & More
DESCRIPTION
A boy who needs a friend finds a world that needs a hero in a land beyond imagination!

The NeverEnding Story is a modern day classic, a movie masterpiece that has been shared by countless families for the past 20 years. Directed by Wolfgang Petersen ("Troy", "The Perfect Storm") this is the adventure of Bastian (Barrett Oliver), a lonely young boy who escapes the ugliness of his everyday life by retreating into a mysterious book that carries him into a shimmering world of creatures, giant forests and massive oceans. An awesome world, but a world in decay and whose existence is threatened by...The Nothing! Climb aboard the Luck Dragon with Bastian and become a part of The NeverEnding Story.
TRAILER
DETAILS